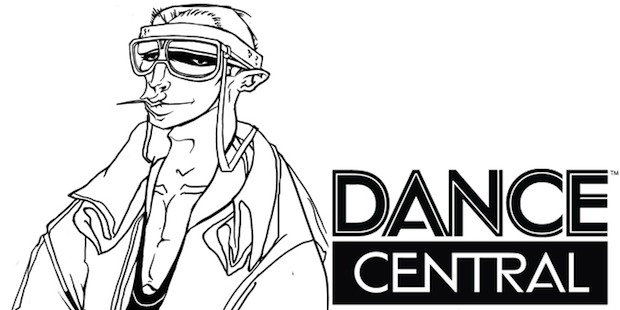 Ultimately, that’s not exactly how the rest of the team saw him. Despite being raised outside of hip hop and B-Boy culture, Perlot says “We see him as having this encyclopedic knowledge” of that world. “He’s the one willing to go all the way there.” It’s reflected in his final look, a mash-up of sporting gear and sportswear — he’s not only serious about his skills, but he pays homage to the old school that he loves so much. 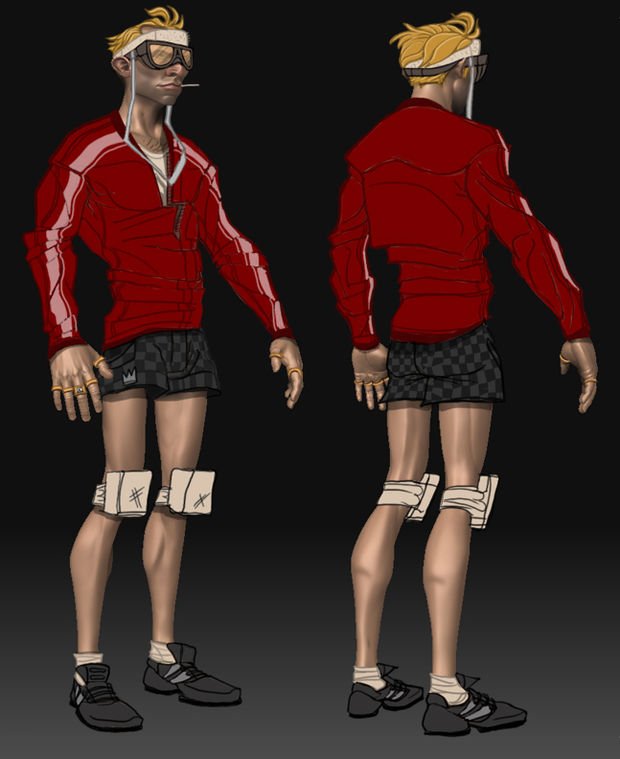 MacCoy’s slightly odd look falls right in with the design team’s notion of there not being one “look” for dancers; diversity in aesthetic is as important as the moves and dance moves found in the game. The clean, almost preppy outfits of MacCoy drive home that there’s not one style that defines dance or hip-hop.

While not as creepy as Perlot may have originally visualized, there’s still something completely unique about MacCoy’s design: “He’s got a strangeness to his style, for sure,” the lead character designer adds.

Taye — Dance Central’s resident homegirl, with her name emblazoned on her golden earrings and belt buckle — in tap shoes? It almost happened. Early on, the designers considered putting tap shoes on her feet, “as if her mom made her take lessons.” Another early option: a bulky letterman’s jacket.

“I had envisioned her as like a very early high school-aged girl,” explains Perlot. “I drew her with an oversized letterman’s jacket, as if she had borrowed it from her boyfriend.” 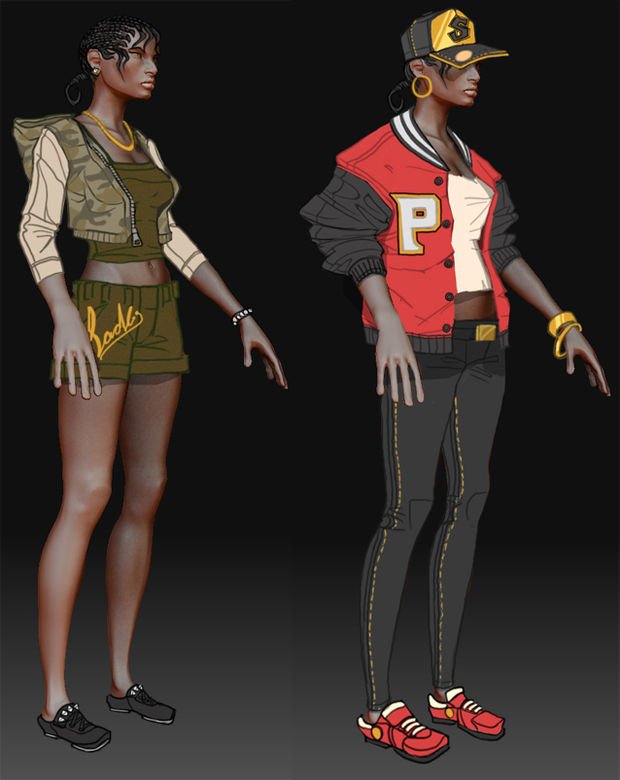 But as the team polished Taye’s design, the tap shoes were replaced with more urban kicks, and the letterman’s jacket tossed for a tighter garment that seemed to better fit the character’s personality. “She’s got her own style, and is very much her own person,” says Perlot, although when it came to her sound, Senior Writer Hellen McWilliams heard a familiar voice: Missy Elliot.

“I actually really wanted her to have this smooth, laid-back voice,” recalls McWilliams. But when the team started mingling with one of the game’s choreographers, Chanel Thompson, her big personality seemed like a more appropriate for the evolving Taye. When it came to casting, the directive was clear: find an actor that reminded them of the spirited choreographer.

[For even more details on MacCoy and Taye, be sure to check out Harmonix’s official Dance Central blog later this week.]