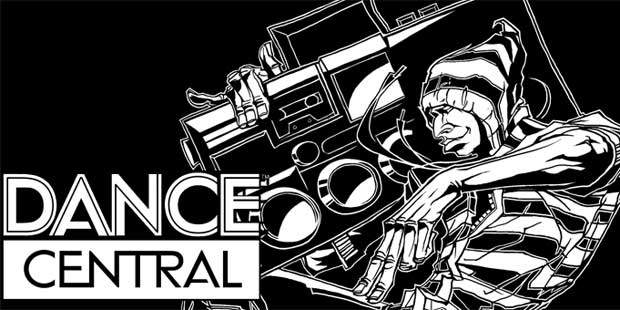 Over the course of the past few weeks, we’ve been taking a closer look at the game’s colorful cast, revealing a bit about the fiction that drives their in-game personalities, as well as the design choices that brought them to life. In this final installment, we take a peek at Eliot the robot and Twiw Tolrep the Pink Ninja. Enjoy.]

In the final installment of the “Dance Central sketchbook” series, we’re taking a look at the game’s wildest characters, Eliot and Ttiw Torlep. Yes, that’s a dancing robot and dancing a ninja, respectively. 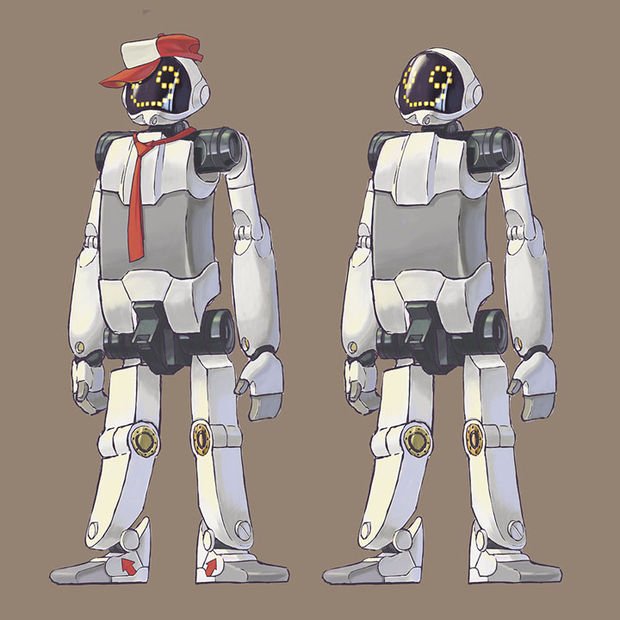 “I set out to design [a robot] I would actually want to encounter in real life,” says the real life Min who jokingly adds that, like the fictional robotic dancer, he’s “also trying, unsuccessfully to pass as a human being.”

“When I was thinking about things I liked as a kid,” he continues, “I actually remember E.T., so I added the little heart to give him that little bit of warmth.”

Harmonix is no stranger to adding deep, hidden “Easter Eggs” to its games. But Dance Central art lead Dare Matheson admits that as the sizes of projects increased over the years, these little unlockables fell by the wayside.

“The smaller scale of this game gave us the chance to add an Easter Egg character who would be the ultimate dance badass,” says Matheson. 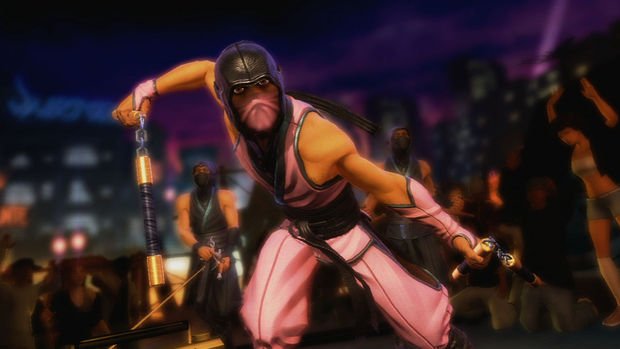 The result was the Pink Ninja, Ttiw Tolrep, which spells “Perlot Witt” backwards, after two of the game’s artists Shawn Witt and Matthew Perlot.

“We wanted the vibe of [Dance Central] to feel serious about dance, yet playful with a bit of a 1980s flavor,” explains Matheson.

“In the 80s, ninjas finally got their due recognition as destroyers of all competition, and it only seemed right that the ultimate dance ninja — no longer needing to hide in the shadows – would have a flare for fashionable color choice.”

(Bonus tip! Pink Ninja Twiw Tolrep can be unlocked by using a controller to input “Left, Up, X, Up, Right, Y” on Dance Central‘s title screen.)

[For even more details on Eliot and Twip Tolrep, be sure to check out Harmonix’s official Dance Central blog later this week.]