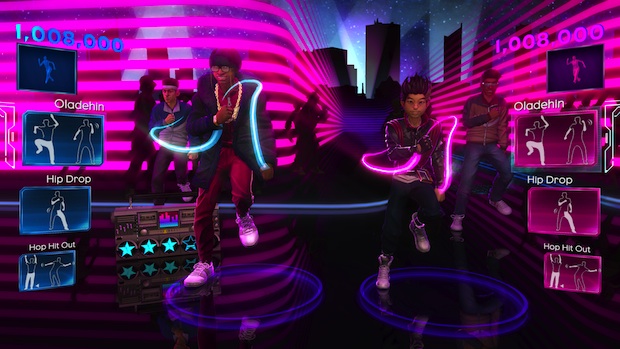 Do you like to dance in front of a robotic eye bar in your living room? The best way to do that is with the Dance Central series, and it looks like Dance Central 3 will top its predecessors with a story mode and several hot tracks. Harmonix sends word that the release date is set for October 16 in North America, and October 19 for the rest of the world.

The game will come packed with more than 40 tracks on disc, and we already know that Usher and 50 Cent will provide songs, but now we know of 11 more tracks that will be included. Let’s just say that if you don’t already have moves like Jagger, you will after you finally stop, collaborate and listen to Dance Central 3. After this you’ll be sexy and know it, too.