Each time you start a new game of Damnview, you start with nothing. No job, no money, and no prospects for a better future. That’s where the Built from Nothing subtitle comes from. Living in the slums with no clear path to get out, the main task is to just build a life. Not even a comfortable life; just a life.

File this under “games with important messages that might be too depressing to play.” (Right alongside This War of Mine.) 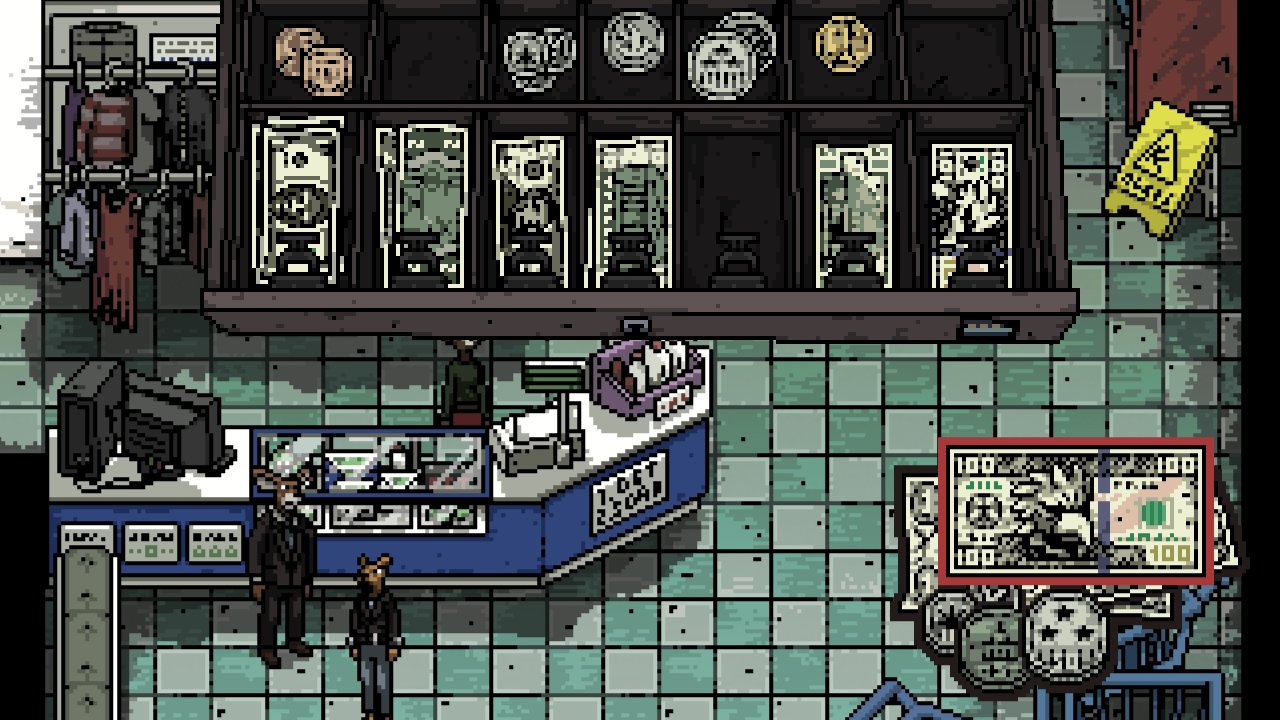 In the beginning of the hands-off PAX demo of Damnview, the main character is manning the counter at a laundromat. He picks up a new order from the front. Puts it in a washing machine. Picks the right settings. Moves a load to a dryer. Repeats.

That’s life for this particular humanoid weasel. (There are plenty of other animal-people to play as, but as with real life, there’s no choice in what you get.) He spends his days toiling on other people’s laundry, scraping together as much money as possible. It might not be enough to cover rent.

Later, he leaves work and hops in a car to go cruising around the neighborhood. It’s grimy, covered in trash and graffiti. It’s not the kind of place people aspire to live in. But it’s where our weaselman is, and he has to make do with it.

As he’s driving around the dingy streets, he’s obeying traffic laws. He’s stopping at red lights and taking care not to cause a collision. Breaking the law in this world has consequences. It’s like Grand Theft Auto but grounded closer to reality. If you do something illegal and you’re caught, you’ve got no way to fight back. You’re going to jail.

Jail has its own economy in Damnview. There are different rules in there, but there are still rules. And the goal is still the same: do what you can to survive another day.

If you’re confident you won’t get caught, you can take an opportunity to deal drugs. Buy and sell marijuana; it’s more lucrative than folding clothes.

Eventually, if you save up enough money by working hard enough at any of a number of menial jobs (cashier, taxi driver) or by taking the slightly more criminal route (which is optional), you can put that money toward schooling. Maybe set yourself up for a better job when you’re done. Maybe get a path out of the slums. 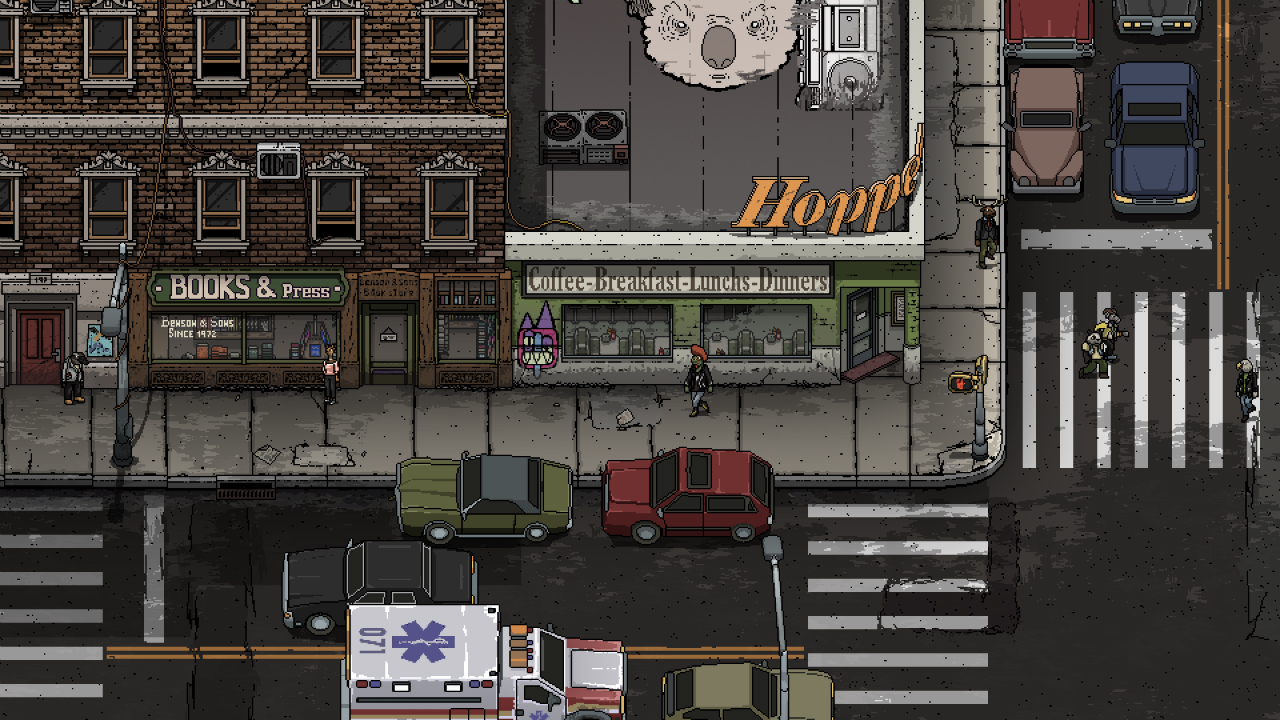 When asked if there’s a chance at a happy ending, the developer showing Damnview dodged the question a bit. If it’s possible to do, it doesn’t sound likely. Instead, he mentioned that part of finding happiness in what appears to be a miserable life is finding joy in the day-to-day tasks. Running a taxi isn’t glamorous, but if you like doing it, maybe that life isn’t quite so bad.

I’ll come out and say it: I can’t imagine wanting to play this for long. It has a strong message and it deserves kudos for bringing that message to this format. There is no escapism, no power fantasy here. There is only the bleak reality of poverty and the things people have to do to survive it. Maybe others can find the joy in that. I don’t think I can.