Daisuke Ishiwatari is a tireless man. If you haven’t seen the toco toco game creator special on him, watch it immediately…I’ll wait. That mini-documentary was two years ago, but when asked how long he was interested in making games, just yesterday he told me: “until I die.”

Ishiwatari has been with Arc System Works for over two decades, and has helped shape the image of the company, produced some of its best games, and assisted in growing Arc’s presence at major fighting game events like EVO. Here are a few of his thoughts on where the company can grow and what the future holds. 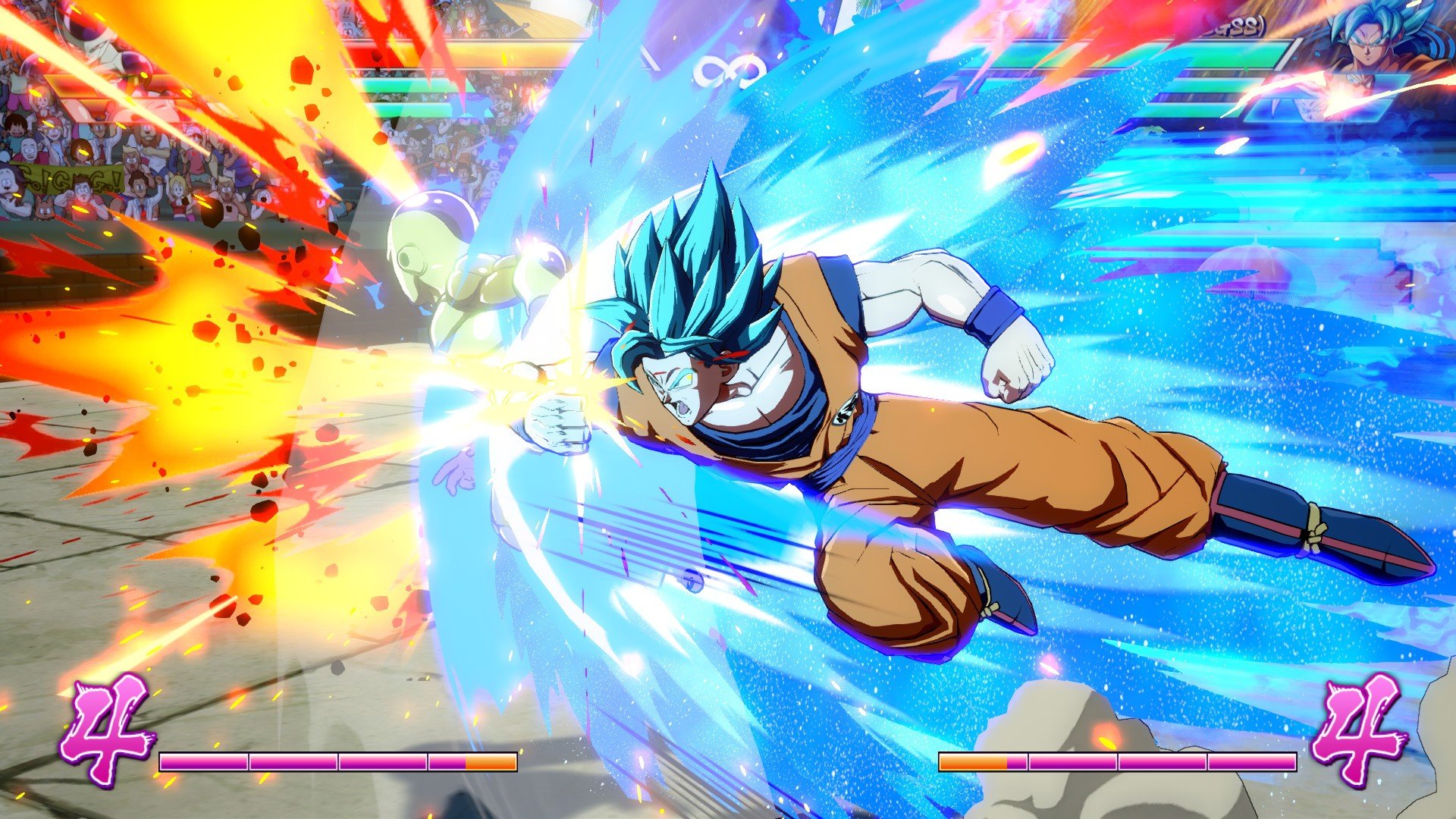 Pictured at the very top of this article is Sol Badguy, one of the core characters of the Guilty Gear series and Ishiwatari’s self-described “alter ego.” After telling him that I once got Sol banned at a friend’s house because of how skilled I was using him, he immediately flashed a smile and went into interview mode. This man loves his work more than almost any developer I’ve spoken with to date and it showed in his body language.

I wanted to kick everything off by talking about Arc’s presence in the pro scene. This year is huge for them as the EVO 2018 Championship Series will host three Arc System Works fighters in August: the as-of-yet unreleased BlazBlue: Cross Tag Battle, Guilty Gear Xrd Rev 2, and Dragon Ball FighterZ. That’s more than Nintendo or Capcom are bringing to the table and more play than any other studio in general this year, for that matter.

Aiming to get a feel for how Ishiwatari-san and his company were moving the pro scene forward, he hit me back with this: “Arc System Works has worked on multiple fighting games, not just Guilty Gear but others as well. Our thinking behind this strategy is that fighting games are a communication tool, so if there’s more out there there’s more communication. But EVO is a larger user base, so Arc has been focusing on tapping into everyone, so our titles are appreciated on a larger stage.”

Although I was told by an Arc rep that he couldn’t make direct comments regarding FighterZ at this time, he immediately followed that up with a rather interesting comment that implicates it anyway: “What we can say is that Dragon Ball FighterZ was developed based on the lessons learned through previous Guilty Gear and BlazBlue titles, but for Guilty Gear specifically it’s important for us to maintain the people we’ve already won over. At the same time we do want to expand the userbase so more users are coming in. Daily, we’re trying to figure out what our balance point is to satisfy our users that are already with us and new users.” 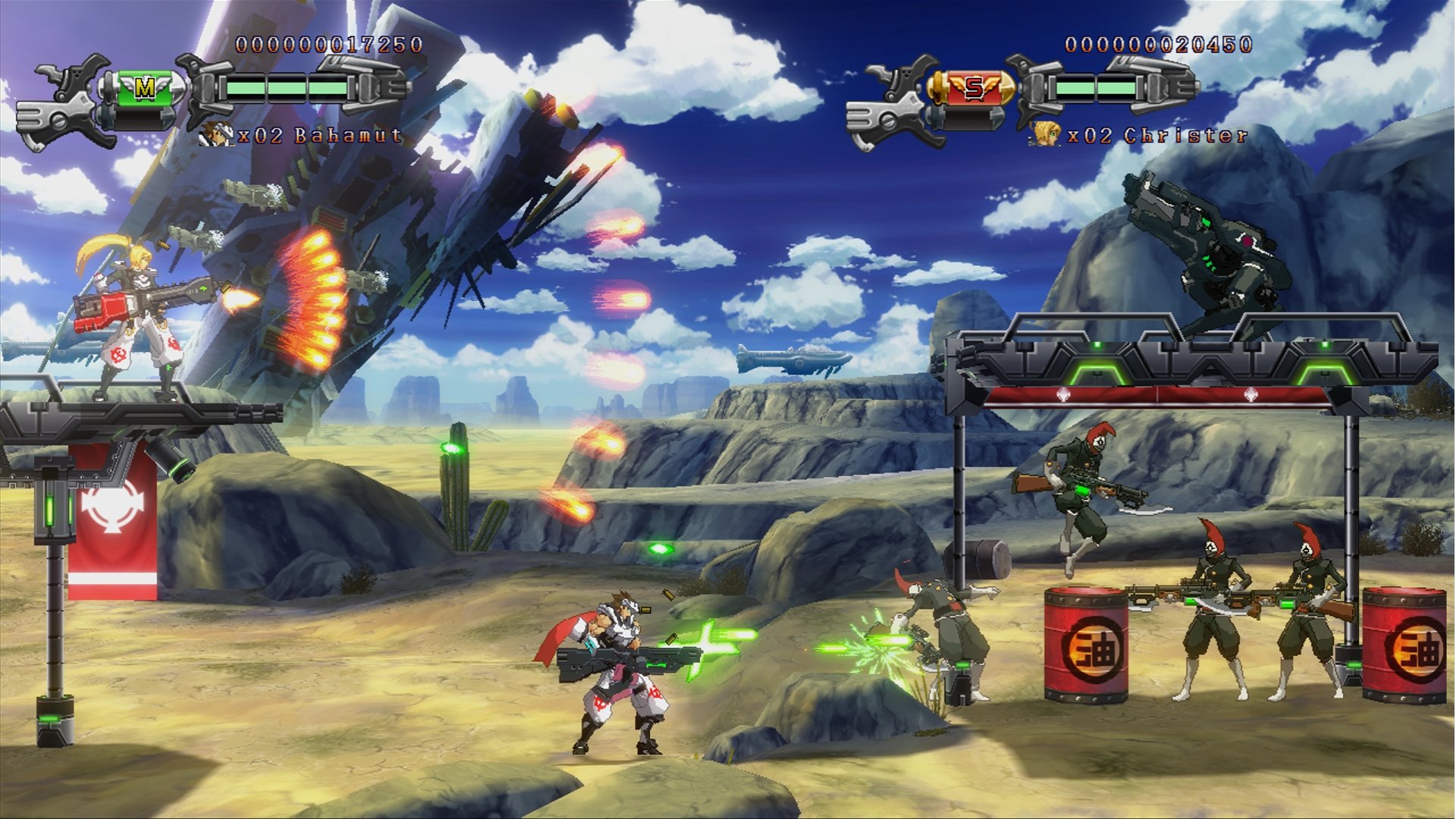 So new users, as in possibly Switch owners? Well, not right now, as far as Guilty Gear is concerned. Ishiwatari pretty plainly stated when asked of the possibility of a Switch port of Rev 2: “That’s a really good question. One of the goals for Guilty Gear is achieving high quality graphics. Specifically on that point the Nintendo Switch might not be a good match, but that’s not our final conclusion. We’re still working on that.”

But there is a little more to that story I think, at least in terms of the bigger picture. I’ve always seen Guilty Gear as sort of a niche series for a hardcore audience, and asked him how he felt about that assessment. His response ended up being perhaps the most telling and intriguing piece of information from my entire chat with him: “After releasing Guilty Gear Xrd Rev 2 it’s clear what we need to improve on. The key is to win over more users because of the complex controls. But if we implement everything the game will no longer be Guilty Gear. It’s hard to balance out all the improvements. One thing that we have to do in the next installment is to reduce the number of systems [mechanics]; it’s too complicated for everyone. You can expect that in the next game.”

Well, I did not expect that, and could have just uncovered a tonal shift in the Guilty Gear series whenever the next iteration hits, whether it’s a Rev 3-esque expansion or a brand new Guilty Gear. But at this point I kind of realized I had just been bogarting the conversation as it pertains to fighting games, and Arc is much more than that. So I asked Ishiwatari point blank, “most people think of fighters when they hear the name ‘Arc System Works.’ Do you feel like that association puts you in a corner, or conversely, are you okay with it?”

Nope, he’s okay with it: “That’s generally accurate. Looking at our portfolio obviously there’s a lot of fighters. But thanks to working on them we’ve been able to expand in scale as a company. With more people the expectation is to be able to work on other genres, so I think that people can expect to see more games in the future other than fighters.”

One such game that’s in their portfolio, and one of my favorite Arc works to date, is Hard Corps: Uprising [pictured above], a fantastic 2D shooter that Ishiwatari happened to work on as an artist and composer. When are we going to see more of that, beyond the sparing release like Double Dragon IV? I’m not sure, but Arc is looking into it: “It was an honor to be able to work on Hard Corps I have a lot of colleagues who feel the same way and a lot of those people would like to work on games like that.” 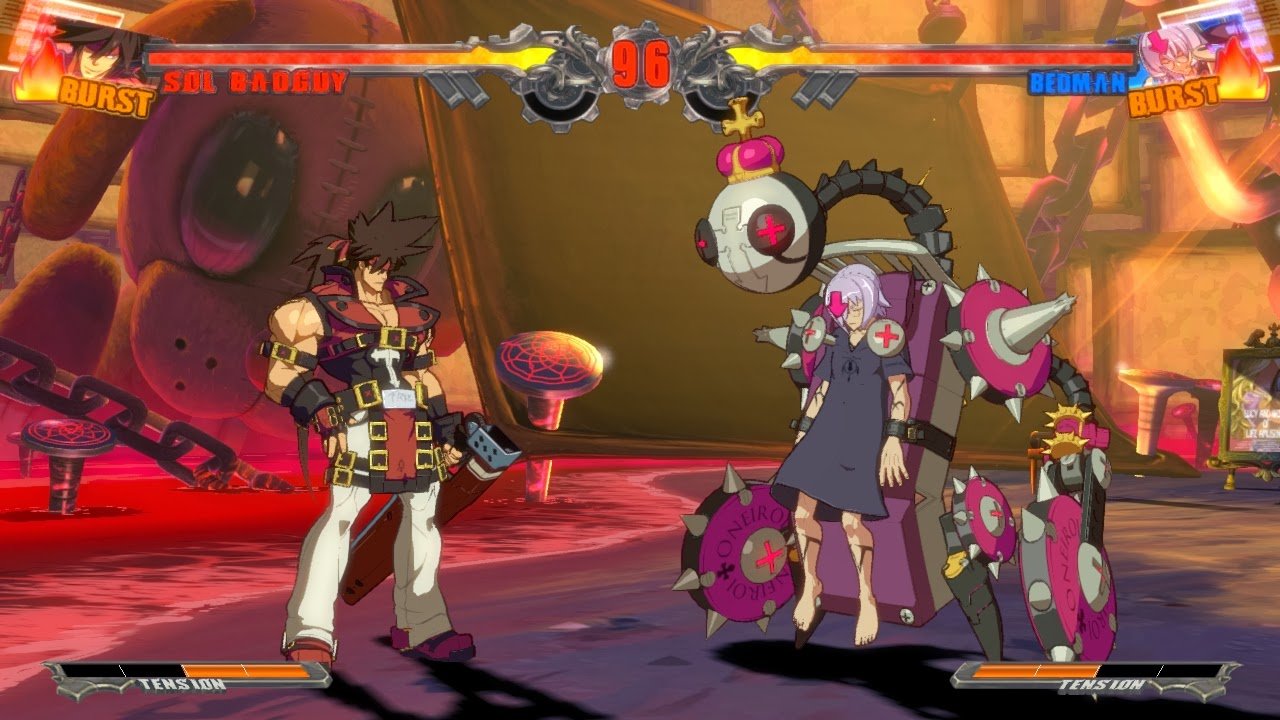 As he started describing his works to me, I began to ponder how his mind works. He’s an eccentric designer, and so I picked his brain about regarding his influences in all walks of life. When it comes to inspiration, Ishiwatari responded, “It’s not really related to my life per se, but the core concept behind my character designs are using things that people are familiar with. Like Bedman [a fighter in Guilty Gear who sleeps on a bed while he fights, pictured above], everyone knows that household item, so I focus on things like that.”

The process he uses to comes up with some of his designs is great: “What I do is in my every day life if I see something that could be interesting in a game I’ll take note. Basically I have a huge list of notes that I might want to use as a weapon or the basis for a character. What generally happens though is that when production starts and I review that list, I can’t really remember why I put that down. In the end I’ll go through production trying to figure out what my purpose was and I’ll come up with something brand new [laughs].”

When asked how long he intended to keep making games, he simply responded “until I die.” The only comeback for a statement as powerful as that? “I’ll keep playing them until then.”