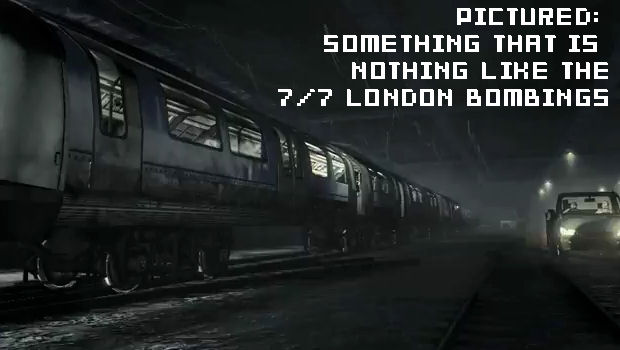 The Daily Mail, Britain’s answer to a pile of f*cking shite, has done what it does best — attack videogames for no other reason than to drum up social outcry and fearmongering. The latest victim is Modern Warfare 3, which has been accused of mimicking the 7/7 London bombings in its new trailer.

As is often the case, the Mail contacted ONE person over the trailer, then spun it into manufactured outrage in an article titled, “Fury over Call Of Duty computer game that features 7/7 Tube bomb-style attacks.” I will not be linking the article, because doing so would make me feel dirty.

“I have concerns as these games are hyper-real and take place in a landscape we are familiar with. In light of the fact we have just had the 7/7 inquests, it is in incredibly poor taste,” said the single person interviewed in the entire article, a spokesperson from Mediawatch. You can almost feel that nationwide fury, right?

The rest of the article does not feature the promised outrage, nor any evidence that 7/7’s victims want it banned, as was claimed. It’s mostly made up of the anonymous Daily Mail Reporter‘s buzz words like “chilling” and “vivid” in order to scare people. So, business as usual.