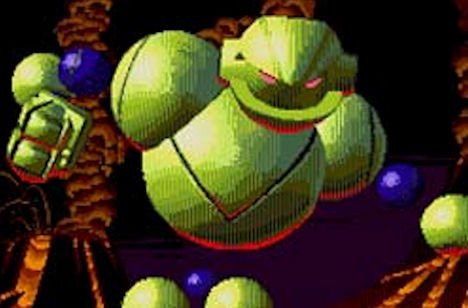 It’s a slow news day, so let me take the opportunity to share with you some irrelevant garbage dug out from a dark corner of the Internet. Did you know that the Sega Mega Drive classic VectorMan was once going to be a movie? Didn’t you? Well it was!

On July 22, 1996, Sega of America announced that it had signed a deal with Ideal Entertainment for movie, TV and merchandising rights to VectorMan. The film was described as “Toy Story-like” in presentation while the IP itself was lauded by Ideal Entertainment as “suitable for mass exploitation.” Not suitable enough, it would seem, since this move never happened.

VectorMan was a 2D action platformer that used 3D rendering to create very impressive graphics for its time. It was both critically acclaimed and incredibly popular with consumers, and remains one of the highest-ranking Mega Drive games in history.

Not a relevant story, but amusing to consider. Despite its popularity, VectorMan has never seen a revival, and seems strangely obscure these days. Oh well, I’m sure Sega will get around to dragging the IP from its coffin eventually. Hit the jump for the press release, as written in 1996.

SEGA’S “VECTORMAN” SET TO MORPH ONTO THE
SILVER SCREEN

REDWOOD CITY, CA, July 22, 1996 — Sega of America, Inc. today announced that it has entered into a deal with Los Angeles-based Ideal Entertainment, Inc. for the motion picture, television and merchandising rights to the top-selling Sega videogame “VectorMan.”

Ideal Entertainment will initially produce a computer animated sci-fi/action film for theatrical release in late ’97 in association with Tribaltek, a team of acclaimed digital effects producers on the current blockbuster hit “Independence Day” who are overseeing the “Toy Story”-like 3D rendering of characters and environments based on the popular Sega Genesis videogame.

“We’re excited that Ideal and the digital wizards from ‘Independence Day’ are taking ‘VectorMan’ from the Genesis to the Silver Screen and beyond,” Shinobu Toyoda, general manager of licensing for Sega of America, said. “‘VectorMan’s’ characters, storyline and visual imagery are the perfect foundation for an action-packed entertainment franchise.”

Tribaltek is a company founded by Tricia Ashford, digital visual effects supervisor and producer on Twentieth Century Fox’s “Independence Day”. Ashford along with “ID4” digital visual effects co-producer Steven Puri, will supervise all digital production aspects of “VectorMan” from development through completion of the film. Joseph Francis, the CG supervisor of “ID4”, will direct “VectorMan” from a script written by Norma Jenkes and Francis.

“This terrific property has both a huge built-in audience and great conceptual allure that combines elements of the ‘Star Wars’ and ‘Terminator’ movies,” Shapiro said. “With ‘VectorMan,’ Sega has given us the valuable and rare opportunity to create a broad-appeal event suitable for mass exploitation in all mediums throughout the world.” A major studio distribution deal will be announced soon, he added, as will the star-driven roster of talent who are voicing the characters.

“VectorMan” the videogame is a 3D graphic adventure set on a futuristic Earth polluted by toxic waste. Humankind has departed for space and left behind an army of mechanized “Orbots” to clean up the mess. But when the Orbot leader goes haywire and starts a robot revolt to ambush the humans when they return, only a lonely sludge barge pilot named VectorMan can save mankind.

VectorMan achieves seamless and fluid movement throughout the game with Sega’s innovative “Vector Piece” animation techniques. Comprised of mechanical shapes and spheres, VectorMan can morph freely and smoothly into mechanical incarnations such as a power drill, jet fighter, dune buggy, mechanical fish or a bomb.

Sega plans on releasing the highly-anticipated sequel to VectorMan, “VectorMan 2,” for the 16-bit Genesis videogame console this November.

Sega of America is the arm of Tokyo, Japan-based Sega Enterprises Ltd. responsible for the development, marketing and distribution of Sega videogame systems and videogames in the Americas. Sega Enterprises Ltd. is a nearly $3.6 billion company known as the industry leader in interactive digital entertainment media, and is the only company that offers entertainment experiences both inside and outside the home. Sega of America’s World Wide Web site is located at (https://www.sega.com).