Marvelous has added a major update to their dramatic mech-fighting title Daemon x Machina, bringing new modes, features and a long list of bug fixes to the Nintendo Switch release.

Version 1.1.1 – which is live in-game now – adds new PvP combat, allowing players to pit their mettle (or metal) against each other in 1v1 and 2v2 robot wars. Available in local wireless and online play, pit your favourite Arsenal against others in a battle for global supremacy on the newly established leaderboards.

A new feature in co-op play “Duel” allows players to have quick throwdowns in-between missions. All you need do is attack your partner while returning to base from your latest firefight. If your buddy concurs by returning fire, then the battle is on. It’s like Bimmy and Jimmy all over again.

As well as the above content, the new update contains a long list of bug fixes and gameplay tweaks. These include various issues involve save files, online connectivity and game stability, as well as specific in-game fixes, such as improving slowdown problems during Snatcher battles, and taking care of a troublesome bug where Bolt would not call in drones during its second phase. You can find the full patch notes right here.

As a reminder, this update is just one of four currently planned for the mech shooter, with new content expected to arrive through the end of the year. 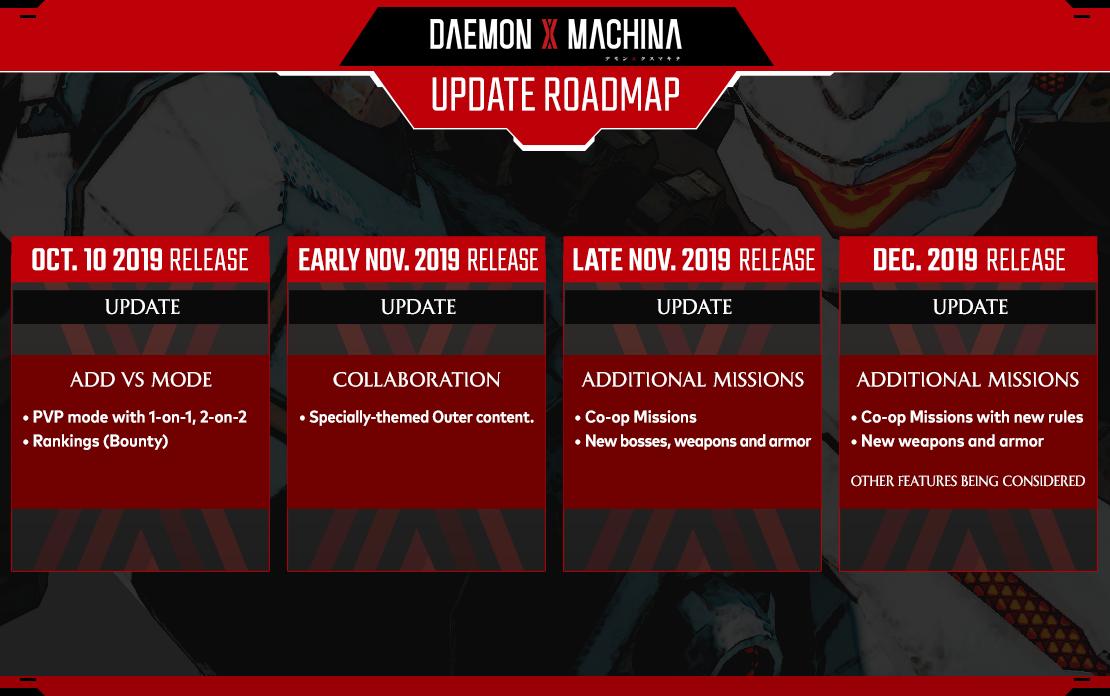