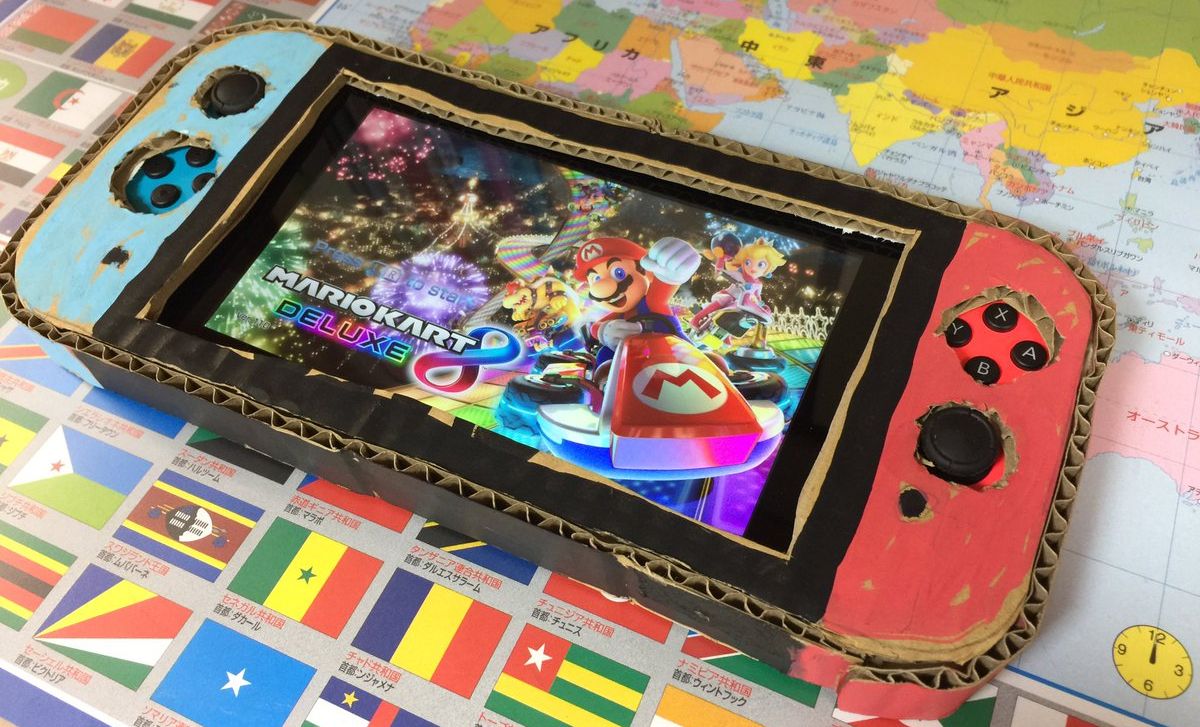 Hey dad I made a cardboard Lamborghini

It’s not hard to understand why @mohikan1974 has such a large following on Twitter. He always seems to be doing fun and creative things, usually with his son, Kazutoyo, like role-playing police in a crime scene. The creative spirit has flowed into his son, who likes to make things he can’t afford such as a PC and laptop with cardboard, paper, and markers. He even draws a new entry of his imaginary game series “The Adventures of Prince Poop” on each one.

Dreaming of playing Nintendo Switch, Kazutoyo naturally made his own console out of cardboard and even ported a version of “The Adventures of Prince Poop 3.” This time, dad thought he’d reward his son with a big surprise. While his son was bathing, @mohikan1974 cut out the imaginary buttons and screen to make it into a shell which he then placed over an actual Nintendo Switch he had bought.

He tweeted “I made it so he can really play with on his handmade console, I wonder when he will notice.” Not long it turned out, as the boy was so excited he mounted his desk in jubilation. Doesn’t seem like he cares too much about losing his Switch copy of “The Adventures of Prince Poop 3,” though he still has that on his cardboard laptop so no worries.