Controller and mouse support are a go

This year, D4: Dark Dreams Don’t Die is coming to PC, and as soon as I heard the news, I jumped up and down. This is an adventure that needs to be in the hands of as many people as possible, and confining it to just the Xbox One platform would have been a shame.

Likewise, the game does not need to be chained to the Kinect, as I’ve experienced over the past week or so with the PC build. In fact, it’s “Better Without Kinect.” 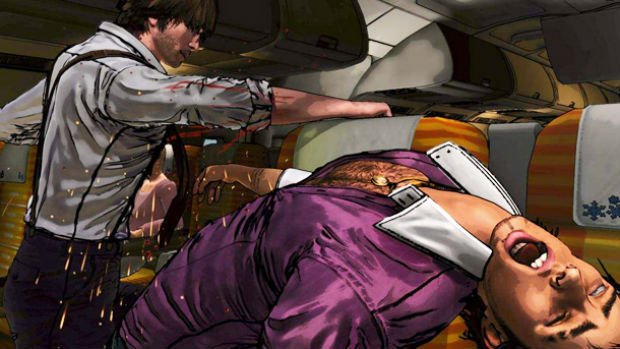 The PC build I had access to only has a 10-minute exploration demo and three-minute action sequence, but it was enough to get a gist of the new control scheme. While the port of D4 will fully support controllers (just like the Xbox One version), you’ll also have the addition of the mouse, which feels right at home given the old school adventure game feel. All the applicable buttons are mapped to the mouse, including interaction (left click), looking around (middle), and tapping objects (right click). Completing QTEs takes a little getting used to as you’ll need to flail about fairly quickly to complete sliding actions, but it’s all very doable.

As a creature of habit I ended up plugging in my Xbox One controller for my second playthrough, and lo and behold, it feels like a 1:1 recreation of the console version, which is definitely a good thing. Everything looks very fluid and sharp on-screen, and even the early build is running smoothly at this time. D4 may not have the most impressive visuals in the industry, but it has a ton of character, which has been sufficiently represented in the port.

Since D4 is an adventure romp it doesn’t need a whole host of options that other PC games might boast (check out the work-in-progress menu screen here), but at the very least I was disturbed to find out that I could not customize the resolution. When asked whether or not the PC edition would have resolution settings, a rep for Playism stated, “I have raised that issue with them, and they are working on it.” Hopefully we’ll see it in the final build.

For the thousands of Swery fans out there who don’t own an Xbox One, the PC port of D4: Dark Dreams Don’t Die is a great opportunity to see what the hubbub is all about — plus, it will make a great Steam sale gift for people who are on the fence. Once it hits, let’s just hope that this is enough for Access Games to fund the conclusion of the story.