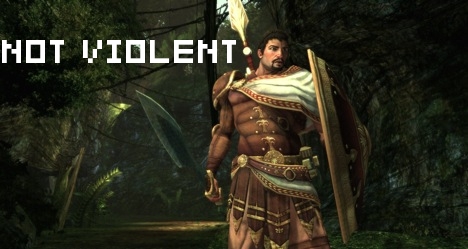 According to the Cyprus Mail, the Cyprus House Education Committee has already decided to repress games. The only issue left for the governing body is deciding how to regulate the sales and distribution of violent videogames. The basis of their decision has been rested on the hands of their Democratic Rally (DISY) party.

Deputy of DISY Tasos Mitsopoulos said when interviewed, “…bad and excessive use of [violent] games can have a negative effect on children and teenagers’ brains,” and then went on to toss out something even sillier:

The thing with computer games is that the child is actively implicated in killing people, as opposed to a movie where he is a passive observer.

Ah, yes the brain, such a wonderful and squishy object. So easily impacted by the heedless violence that GTA IV or Halo 3 brings to the table. The bureaucratic sound byte doesn’t stop there, unfortunately. Other DISY deputies proceeded to blame the slayings at Virginia Tech on videogames, which, as we all found out after the tragic event, was completely unfounded.

I wonder if there will ever be an end to this senselessness? It appears that even the citizens of Cyprus have to hear the same song and dance that our pundits like Joe Lieberman toss out like no tomorrow. I’m sure the vast majority of us here play violent videogames in some capacity and I wonder about the state of our brains.

Tell me, how does your brain feel today?