CD Projekt Red came to E3 with one unexpected and mind-blowing reveal, that Keanu Reeves plays a central role in Cyberpunk 2077 as the apparition of the deceased rockerboy Johnny Silverhand. He’s a ghost in your head, occasionally flickering to life through the (presumed) magic of cyberbiotic implants. He’s there for advice and snark, a bunch of one-liners about how fucked your situation is. It’s charming beyond pure novelty. Keanu feels like a legitimate addition to the cast.

But he’s far from the only reason to be excited. This Cyberpunk 2077 demo focused on gameplay, our deepest look yet at all the ways CD Projekt Red is giving the player options. It was surprisingly light on guns, clearly a conscious effort by the developer to emphatically point out that Cyberpunk 2077 is more than a first-person shooter. Instead, it showcased the clever ways to navigate an environment.

Let’s set the scene: This slice of Cyberpunk 2077 took place in the Pacifica region of Night City. Pacifica has been abandoned by the government but not by the people. Funding has been pulled, leaving it in a lawless state. Society still functions but not always smoothly. It’s prime real estate for some shady shit.

Pacifica is where protagonist V finds the Voodoo Boys, a Creole-Haitian group of hackers who (like most people in Cyberpunk 2077) are out for themselves. V needs to know more about the mysterious biochip in his head. The Voodoo Boys need a gang, the Animals, run out of town. The Grand Imperial Mall was a magnificent project that was surrendered when the government stopped caring about Pacifica. The Animals recently took over the mall, setting up their base of operations there. They also captured Brigette, a Voodoo Boys leader, and are holding her hostage. You scratch the Voodoo Boys’ back, they scratch yours.

Placide, a buff butcher, is your point of contact for this mission. He jacks into your mind which you reluctantly accept. Silverhand makes some snide remark like “Great, just what you need — another voice in your head.” Placide has the intel though, and that’s valuable for someone who’s going to waltz into a mall with no real plan. 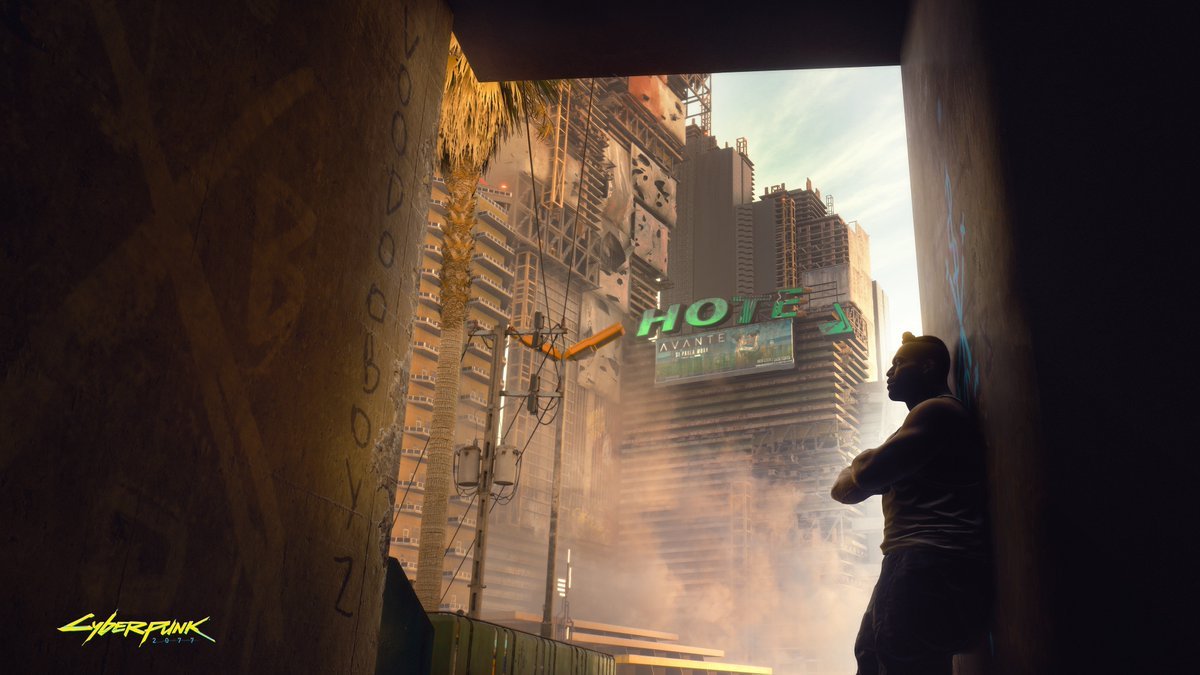 Upon entering the Grand Imperial Mall, we see the immersive sim side of Cyberpunk 2077. The area is teeming with enemies and even more options. We flank a brute, bash his head into a railing, and throw him down a garbage chute. This is where CD Projekt Red informs us that the game can be beaten without killing anyone. It raises some questions though. Just because non-lethal is feasible, is pacifism also feasible? Video games generally don’t do a great job distinguishing between lethal and non-lethal takedowns; they might as well be one and the same given how they both violently incapacitate an enemy. But, Cyberpunk 2077 allows for mindjacking people and that might generate opportunities for pure pacifism.

There was far less nuance to the violence in the next section, although certainly more creative and stylish. The Animals repurposed a giant open area of the GIM to serve as a gym. One guy was training by boxing against a robot. We hacked the robot from afar, overloading its circuits and causing a brutal (and probably fatal) KO. Another Animal was lifting weights. We hacked the machine to add way too much weight, squishing him under a billion pounds of steel. “That’s why you always have a spotter,” the presenter lamely quips.

This is where CD Projekt Red switched builds — from netrunner to strong solo — so that we could see the Deus Ex-like mentality to varied approaches. This new build had no interest in hacking or style or discretion. If there was a locked door, she’d rip it open. If there was an enemy in her way, she’d beat them to a pulp. If there was a mounted turret (and there was), she’d tear it from whatever it was bolted onto and mow down everyone with her makeshift mini-gun. 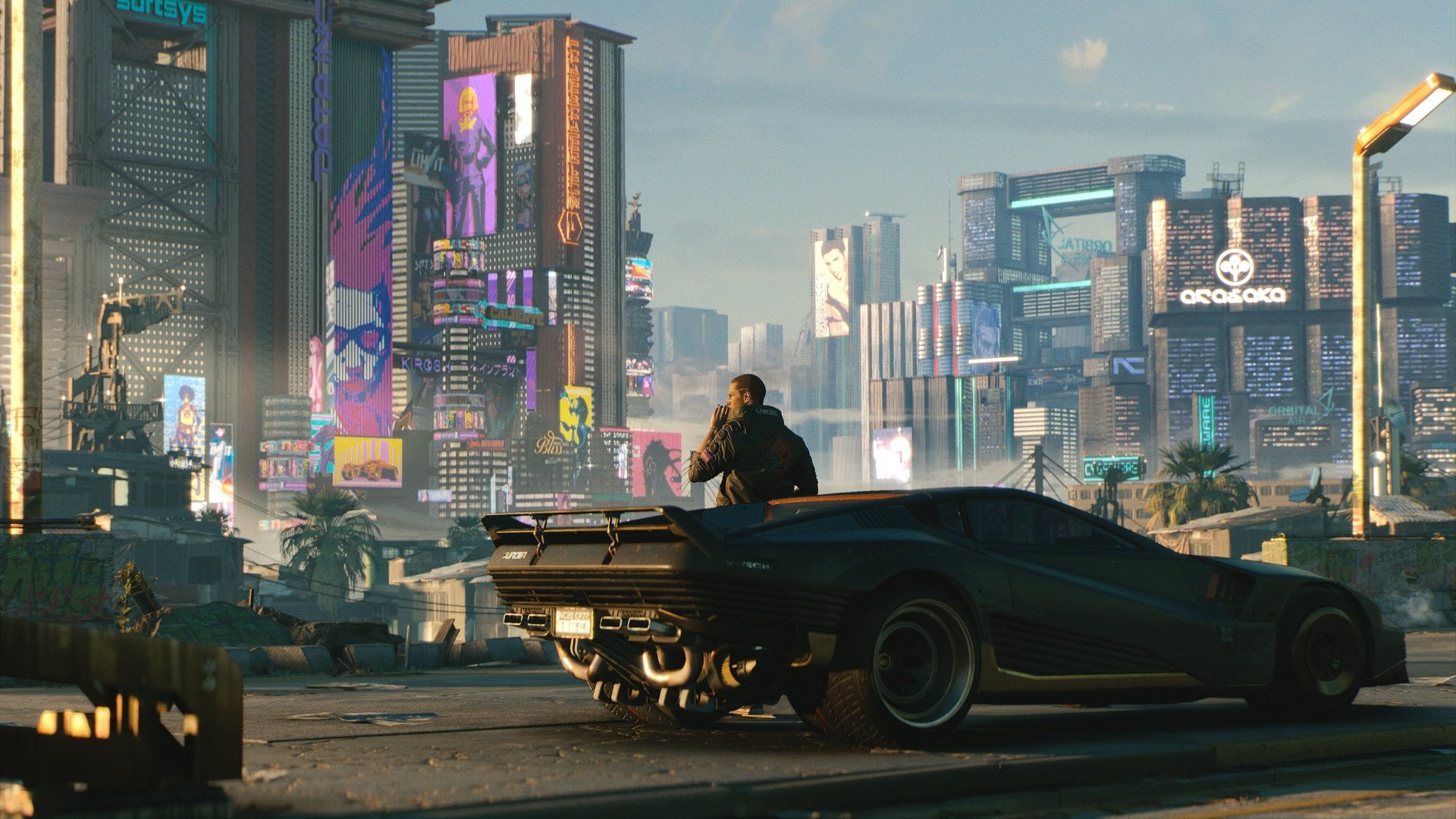 Somewhere along the way, we’re shown a skill tree. We see 12 categories of perks which are: Handguns, Shotguns, Rifles, Snipers, Hacking, Blades, Cold Blood, Melee, Engineering, Athletics, Two-Hands, and Assassination. Each of these can be upgraded five times to maximize their effectiveness. However, it’s unclear whether anything is locked behind how you spec the main stats of Body, Intelligence, Reflexes, Technical, and Cool.

All this brute aggression comes at a cost, though. The netrunner could talk shop with the Voodoo Boys. They’re all similar-minded. The strong solo character didn’t earn their respect in the same way. It locked away some dialogue choices that could’ve been even more favorable. Who knows what we’re missing out on? That’s the give and take of role-playing games.

At this point, CD Projekt Red flips back to the netrunner. It’s the more methodical build, meant to really showcase Cyberpunk 2077‘s imaginative side. We hacked a guy and forced him to hold a grenade after pulling the pin. We chopped some dudes in half with a blaze-orange nanowhip. We quick-hacked an enemy and uploaded software into his system to “unleash cybernetic fury.” I’m still not sure what that last part means, but it sounds neat! 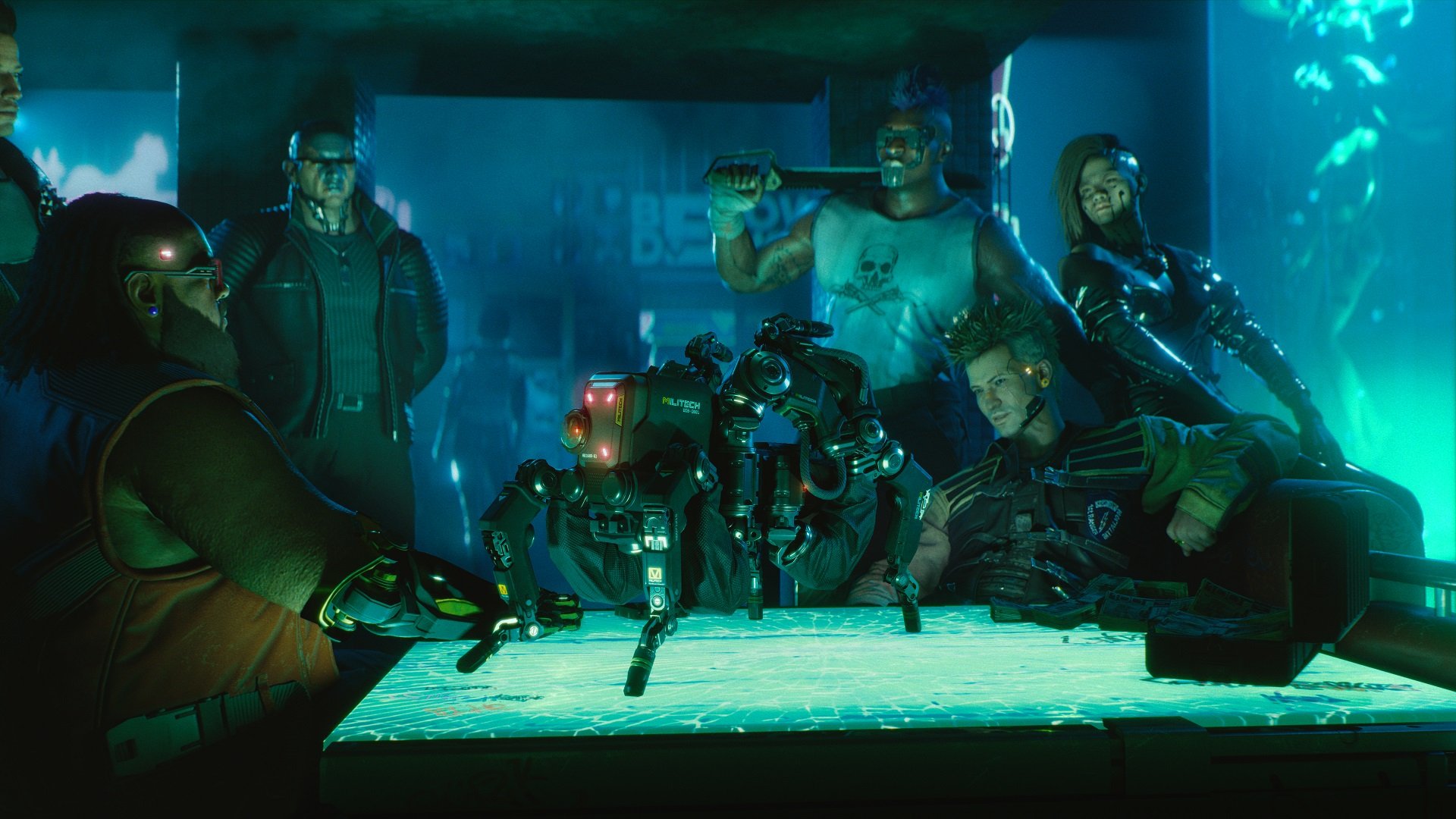 Eventually, we stumbled upon the Animals’ leader — a strong sledgehammer-wielding lout named Sasquatch. After scanning, we find that she has a weak spot on her back. There’s probably a way to subtly dispatch Sasquatch but we didn’t see it. Dodge the sledge, focus on her back. After breaking her armor, she starts hacking us. The nerve! That’s our trick! We have to quickly kill her before the upload is complete.

Having eliminated the Animals, we move through a movie theater where we find a Netwatch agent. He tries bribing us to stop working with Placide and the Voodoo Boys. He tells us that Placide is just going to fuck us over. As soon as the mission is complete, he’ll throw us away. We ignore the agent. We were raised on the streets, so we sympathize with gang life.

We screwed up. Placide did indeed fuck us over. Everyone on the network for this mission was killed. We, somehow, weren’t. We awoke eight hours later, as Johnny Silverhand manifests and convinces us to go get revenge on Placide. We show up at the Voodoo Boys’ hangout, and give Placide the business before we’re stopped by Brigette. She’s thankful that we rescued her. At least someone shows some gratitude around here. 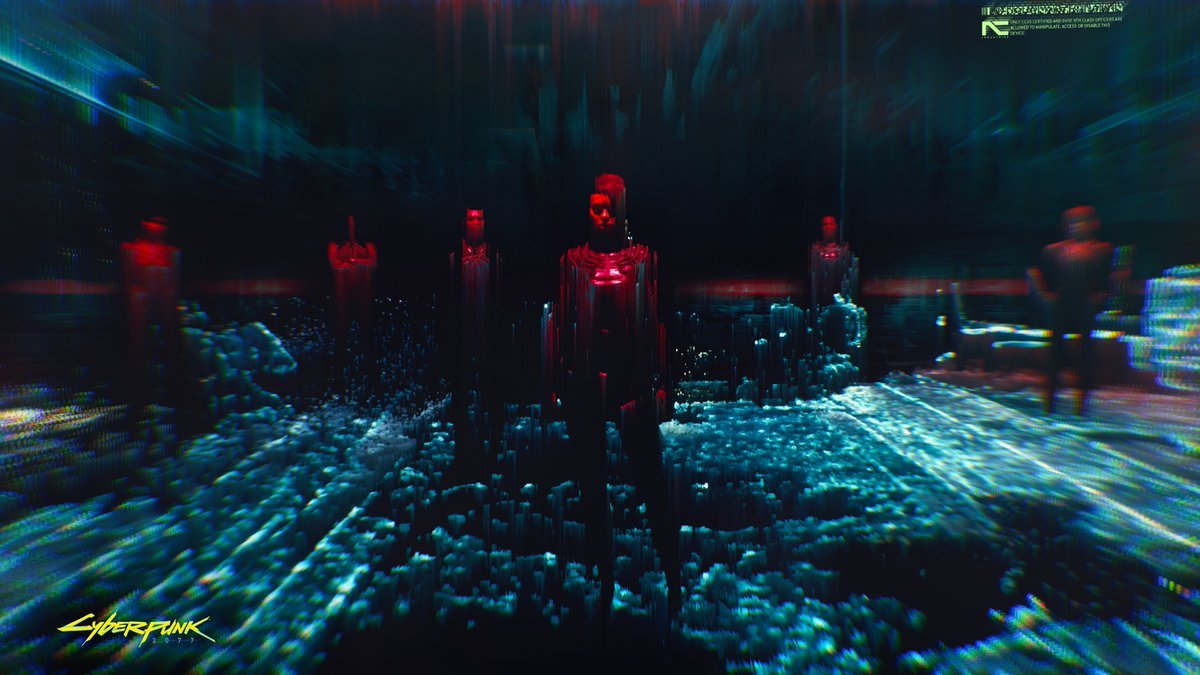 Brigette thinks she knows how we can figure out what’s up with this biochip in our head. She asks us to hop in an ice bath, like we’re naive participants in an involuntary kidney removal. Once submerged, we’re taken to cyberspace. Everything has gone full Matrix as Brigette explains that cyberspace is a bridge to the deep net. At the edge, there’s something called The Black Wall, which few have gone beyond and none have returned from. With a final pang of bewildered intrigue, our E3 demo ends.

It’s a strong second showing, and one that approaches things from a necessary angle. If last year was about giving us our first introduction to Cyberpunk 2077, this year was about demonstrating its depth as a role-playing game. In the closing to my E3 2018 preview, I wrote “I came out of the demo as a guy who’s looking forward to Cyberpunk 2077 more than any other video game.” After E3 2019, it’s still applicable. It hasn’t changed one bit. All that has changed is that now I have an even better idea of what to expect.