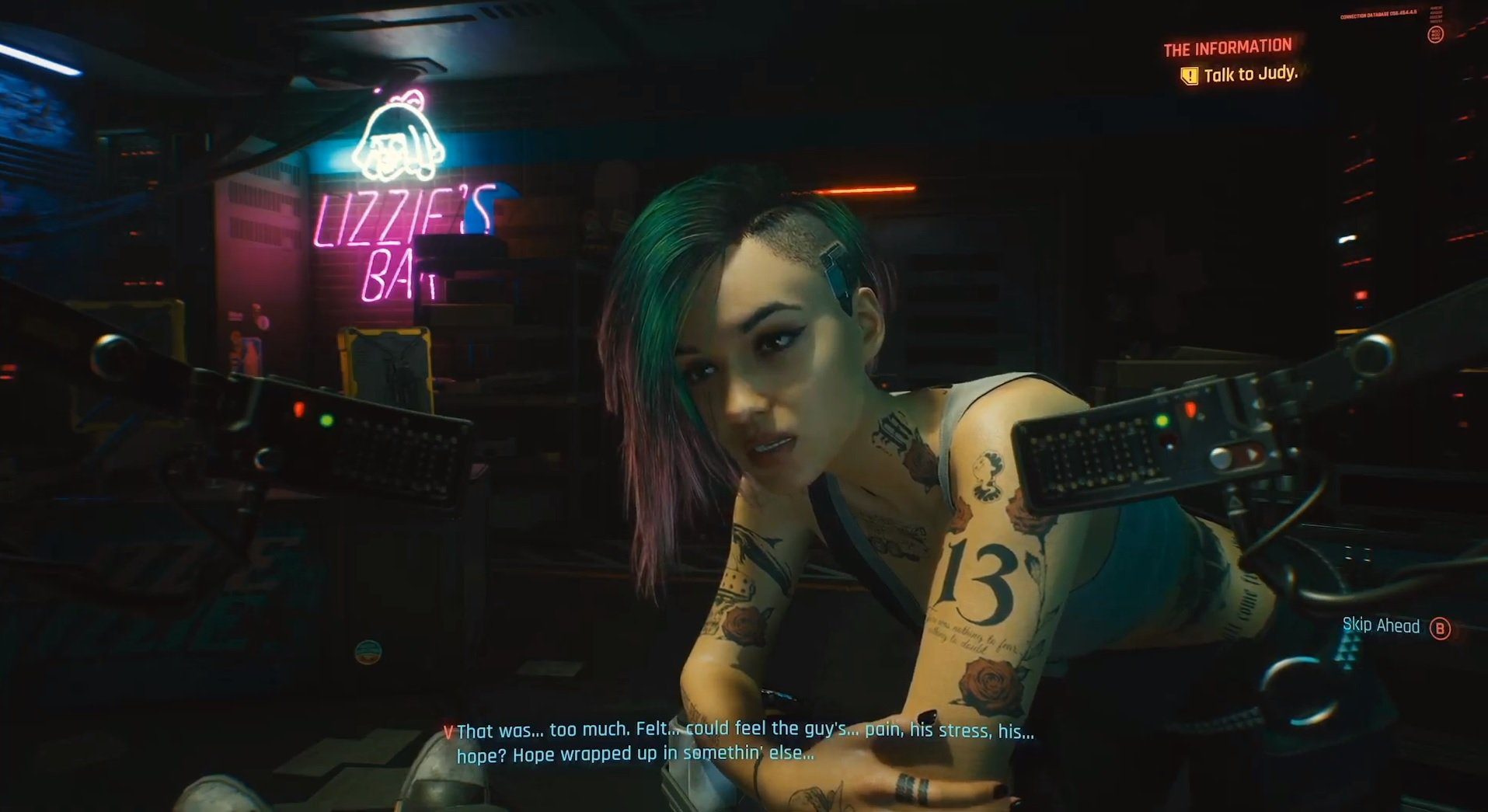 See it through their eyes

Not every decision in Cyberpunk 2077 will depend on your gut instinct. There are plenty of situations where you’ll be afforded the opportunity to review the footage, analyze it from all angles, and figure out what truly happened.

It’s called a Braindance and it’s more or less a reliving of someone else’s experience. Once you have access to the Braindance, you can see it through that person’s eyes or use a free-floating camera in analysis mode. The Braindance sensor picks up things that even the subject didn’t, like audio cues happening nearby. The future is very impressive!

Essentially, Braindancing (it’s a noun but I will use it as a verb too) is Cyberpunk 2077‘s evolution of detective vision that games like Arkham Origins popularized. It’s a way to scour a crime scene with the benefit of forensics, making it easy to gather additional intel. In the example shown during this morning’s Night Wire City stream, it’s simply a means of finding who murdered the junkies who held up a convenience store. (They’re not robbing it for money, they’re doing it to sell the Braindance experience of committing armed robbery.)

The whole segment is shown in the timestamped video that’s embedded above. Get the words straight from CD Projekt Red’s mouth.

If you’re wondering where this all came from, CD Projekt Red didn’t make it up. Braindances were an established part of Cyberpunk lore before 2077 came along. Although they’re quite complicated and neat, I will use the term to reference anytime I fast-forward and rewind through a video. (e.g. I Braindanced through that YouTube video.)

Even though Braindances seem like they’re going to be an integral part of protagonist V’s experience, that’s not their most common use in Night City. As this segment ends, Braindance guru Judy laments that most people just use them to jerk off.