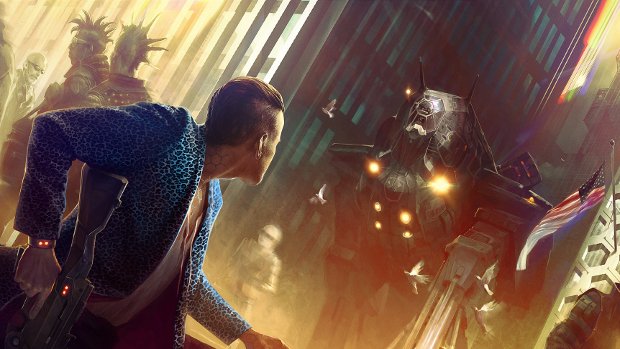 Saving your ears from being bored

Considering the broad range of places we visit when we jump into new game-spaces, the omission of most languages other than English is a strange one. American accents can be found everywhere from fantasy kingdoms to intergalactic space stations, and even when the accent isn’t obviously American, the language they speak is rarely anything other than English.

It isn’t just a tad lazy and boring to listen to, for me it’s actually a bit immersion breaking. Even in my own tiny, not in the least bit multi-cultural country, not a day goes by without me hearing a foreign tongue. CD Projekt’s Cyberpunk 2077 might stand out as one of the few titles attempting to rectify this oversight, bringing the roleplaying game more in line with reality.

Speaking with Dubscore (and translated here), lead writer Sebastian Stepien explained that voice actors in the upcoming sci-fi RPG may be recorded in their native language, including the use of colloquialisms and slang.

Stepien clarified, “As of yet no decisions have been made, but we’re thinking about a system that could tell the world’s story. The idea is to record everything in original languages, i.e. if we’ll meet Mexicans in the game, they’ll be talking — Mexican slang even, portrayed by Mexican actors. The player would be able to buy a translator implant, and depending on how advanced it is, he’ll get better or worse translation.”

The concept of a somewhat unreliable translation device is fascinating. It sounds like there’s some potential for interesting gameplay consequences, like misinformation or misunderstandings that have knock on effects, but of course nothing is concrete with the title’s distant release date being around 2015.

Regardless, Cyberpunk 2077 just keeps on getting more interesting.