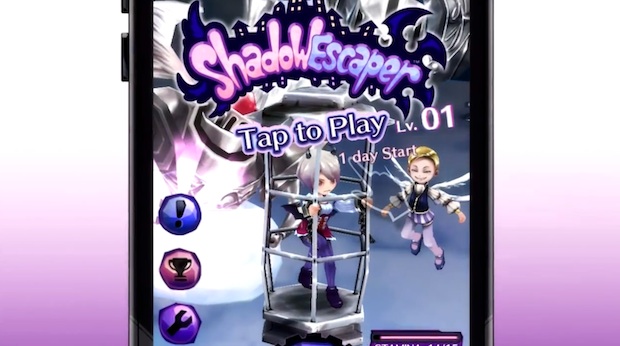 CyberConnect2, the studio behind recent titles like Asura’s Wrath and JoJo’s Bizarre Adventure: All Star Battle, have a new iOS game coming out. Shadow Escaper is basically a runner, but there’s a twist to the standard formula, as all of the energy gathered during running segments can be used during battles.

From the promotional trailer, Shadow Escaper looks fun. Things look especially crazy near the end when obstacles are coming up everywhere while enemies are attacking. It’s not clear why you’re running from angels, but I’m sure the main character has her reasons. She’ll run away during the day in the game’s energy collection phase, and when night falls it’s time to attack back.

I think they should be running from her with that voice. But at least the costumes are cute.

Shadow Escaper is just now hitting the App Store for iOS 5.0 or later on iPhone 4S or later. amd iPad2 or later. Don’t cry, Android people, as they say it’s coming to your platform later on.