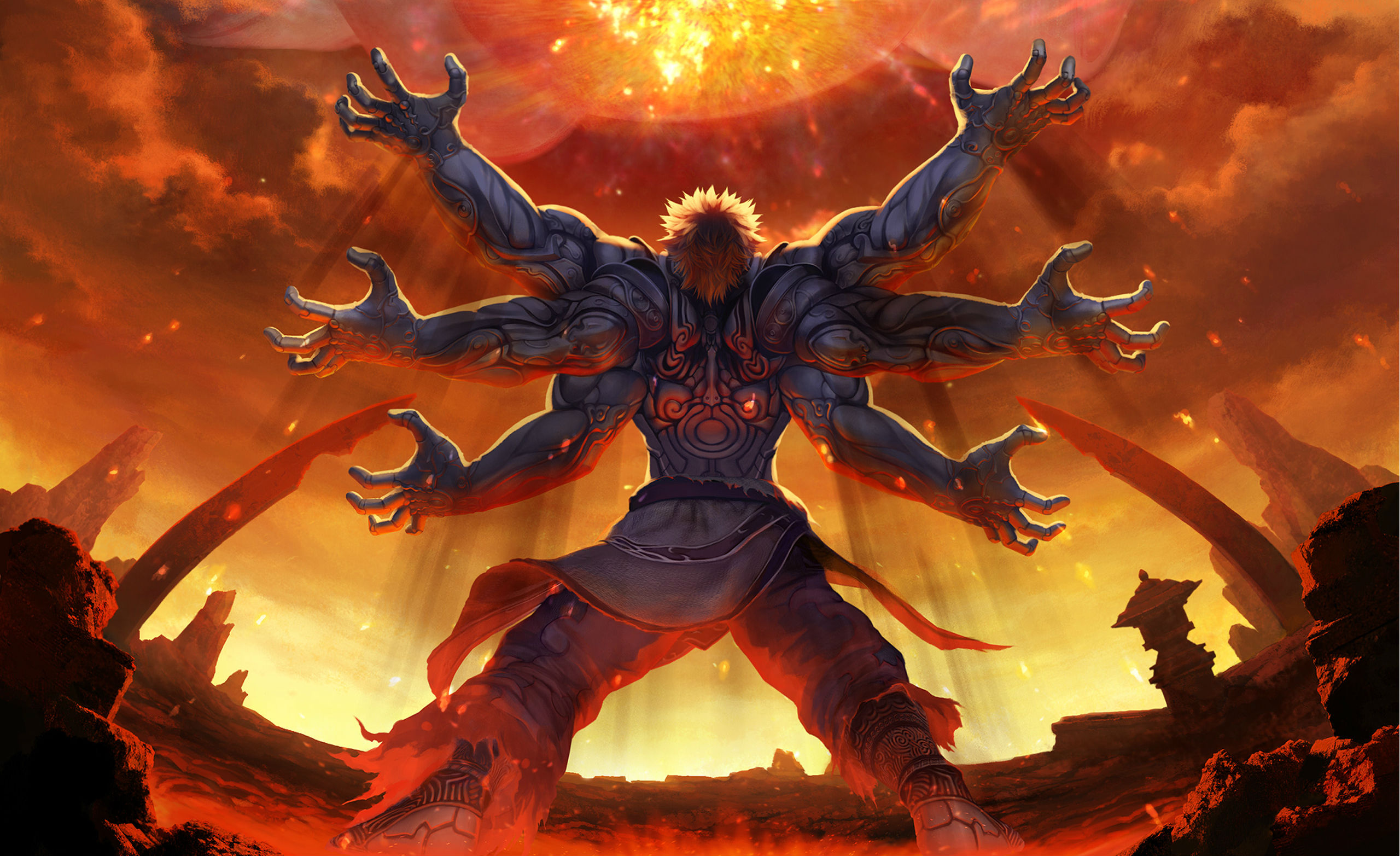 Don’t play games with my heart

Another year, another effort to sequel beg for another Asura’s Wrath game.

4Gamer recently caught up with CyberConnect2 president Hiroshi Matsuyama, who promised big things for the new year. Apparently 2016 is the 20th anniversary of their studio, so they’re preparing “all kinds of surprises” for it.

While Matsuyama is being a bit vague, I’m going to use this opportunity to pitch a new Asura’s Wrath game. First, maybe try to make the game backward compatible with Xbox One, or even remaster it if you have time — drive up interest again with a Steam version. Then, announced a full sequel at E3.

The overarching theme of the cycle of samsara fits perfectly into setting up subsequent games, and more Street Fighter crossover material would be great with the upcoming release of Street Fighter V. It’s a perfect storm CyberConnect2, don’t let me down.