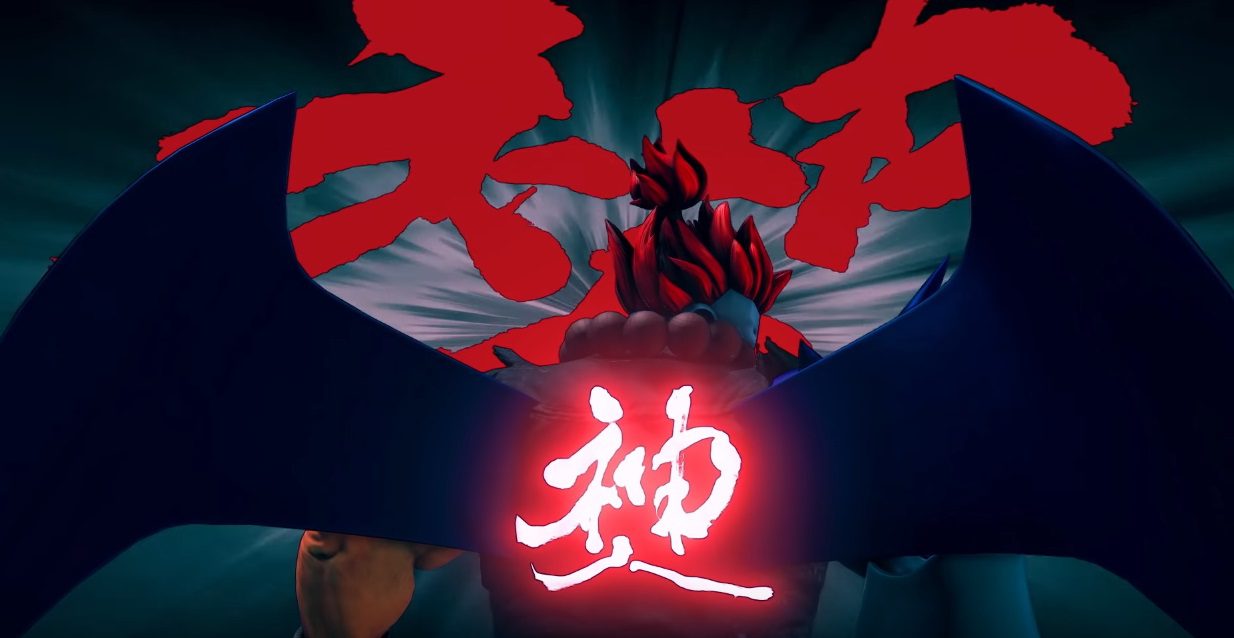 Street Fighter V: Champion Edition may be well into its twilight age, but Capcom is not quite done rolling out new skins. The developer has revealed a brand new ‘Cyber-Akuma’ skin, while also teasing further skins for future release.

Akuma’s new duds kit out the master of Satsui no Hado with a strange mechanical amalgamation, complete with Terminator-style eye-piece and a strangely Mega Man-esque giant arm. Cyber-Akuma also has metallic wings, that protrude from his back during certain maneuvers. This whole look is a throwback to the lore of the original Marvel Super Heroes vs. Capcom, which saw Akuma semi-roboticized by nefarious Marvel villain Apocalypse. Obviously, the Street Fighter V iteration of Cyber-Akuma is cosmetic only, so no Rocket Punch… Don’t you have enough fucking tools already?

While Cyber-Akuma is quite the impressive contraption, he pales in comparison to Mech Juri, who is Battle Angel Alita to Akuma’s Paulie’s Robot from Rocky IV. Still, if you fancy rocking Akuma’s old robo-ways, then the new skin will be available to purchase in Street Fighter V from September 21 and is included with the Season V pass. Another new skin will be revealed on September 16 during the Street Fighter League Season 3 Finals. I wouldn’t be surprised if we also receive new info pertaining to SFV‘s final DLC character, Luke, at the same event.