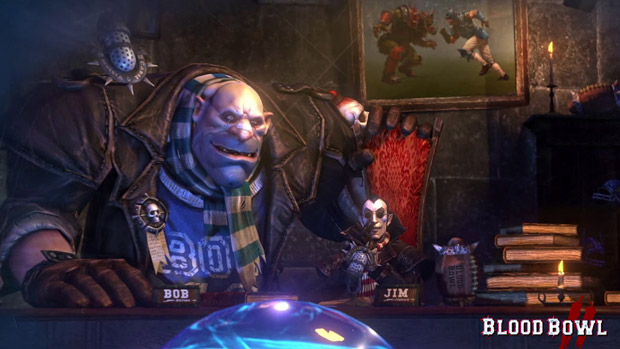 First look at the commentators

Cyanide Studios is working on a direct sequel to its 2009 adaptation of Games Workshop’s football/Warhammer Fantasy boardgame mash-up Blood Bowl, because of course it is. And since we are on the cusp of E3, all we’re getting for now is a basic teaser trailer.

In it, Cyanide reveals that Blood Bowl commentators Jim Johnson and Bob Bifford — a vampire and ogre, respectively — are back for the new game. According to the announcement, “They will be modeled, and animated in their Cabalvision studio that will be the main interface for the game! The whole game will be presented in a Cabalvision theme — the official Blood Bowl TV! — where Jim & Bob will guide players, comment their decisions and will even interview key star players appearing in the huge campaign mode.”