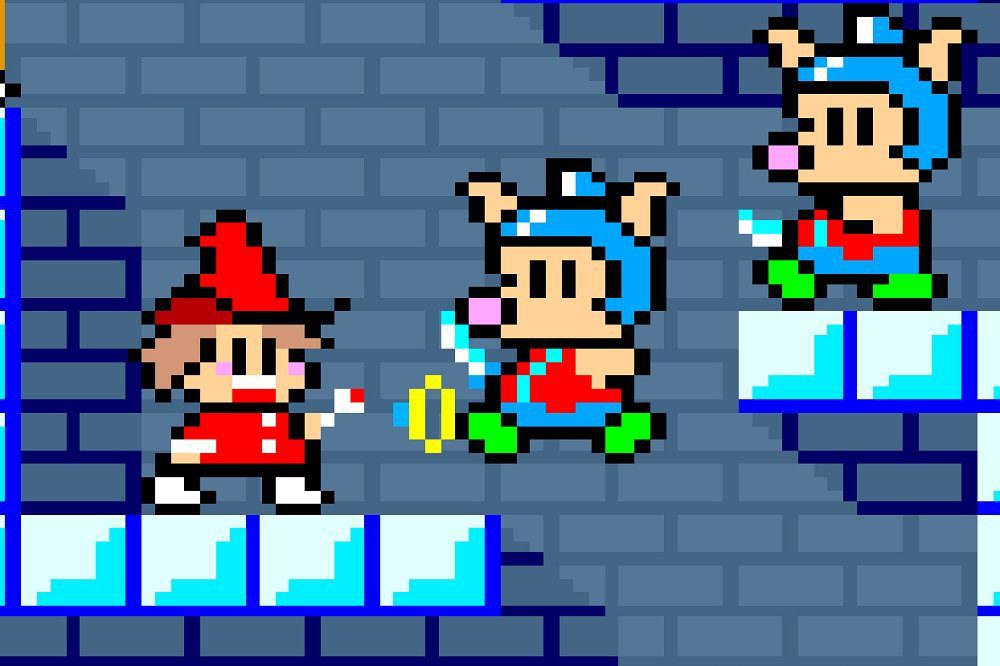 Are you sitting comfortably?

If you’re up for a hardcore dose of classic Taito cuteness, then retro publisher Hamster has you covered. Arriving this week in the Arcade Archives range is the sickeningly adorable platformer The Fairyland Story, now available to download on PS4 and Nintendo Switch.

Released in arcades in 1985, The Fairyland Story exists within the same universe as other Taito classics such as Bubble Bobble, Parasol Stars, and The NewZealand Story. Players guide a super cute young witch known as Ptolemy, as she battles her way through single-screen stages against small armies of fantasy creatures. Fortunately, our little magic master has perfected the art of turning people into cakes, which she can then use to squash her other enemies. Once the screen is clear, it’s on to the next stage.

Check out the action below, in this video from YouTuber World of Longplays.

While perhaps not as good nor as well-known as its arcade brethren, The Fairyland Story is a neat little curio from the early days of Taito’s golden arcade days. Previously featured on numerous compilations released on PS2, Xbox, and PSP, this is the first appearance of the title on the PS4 and Switch format.

The Fairyland Story is available to download now on PS4 and Nintendo Switch, priced around $8.