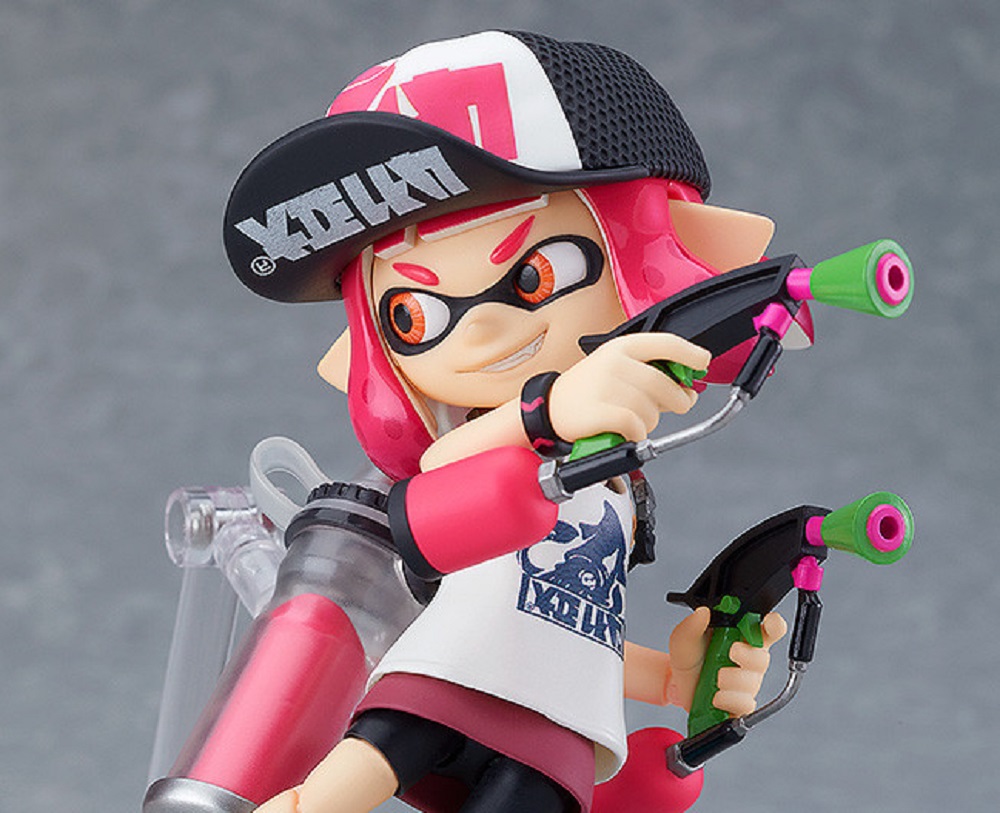 Inkling girl is available in both standard and DX format. The former features the mischievous cutie-pie rocking her original Splatoon look. Standard Inkling Girl comes with a selection of accessories, including a set of stylish headphones, an ink tank, a mini squid figurine, and a Splattershot. Thanks to Figma’s trademark articulation, she can be arranged into all sorts of dynamic poses.

The DX edition includes all of the above plus a second figurine, based on Inkling Girl’s appearance in Splatoon 2. This set also includes variants in headgear and weaponry, such as a baseball cap, knitted hat, Dualies, a Burst Bomb and an Ink Roller. There’s some pretty nifty dioramas you could build between the two characters, with a bit of creative thinking.

The Inkling Girl Figma is available for pre-order from now until November 13, with an expected shipping date of May 2019. The standard figure costs ¥5,800 (about $52) whereas the DX set costs ¥12,800 (or about $110) not including shipping or any customs charges.