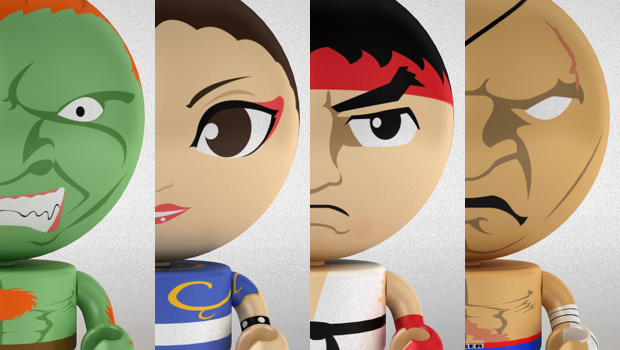 This year marks the Street Fighter franchise’s 25th anniversary. Capcom has several plans for this grand celebration, not the least which is the upcoming Street Fighter X Tekken. Another plan is a team-up with toy maker Multiverse Studio to add Street Fighter characters to the Bobble Budds figurine line.

Capcom previously tapped Multiverse to make Bobble Budds of a pair of Servbots from Mega Man Legends, and now a whole army of Street Fighter wobble-headed reps will appear beginning in April. First up are Blanka, Chun-Li, Ryu, and Sagat, with more appearing at later dates.

If you check out the Bobble Budds Facebook page, you’ll also learn that Budds of Street Fighter producer Yoshinori Ono and Tekken producer Katsuhiro Harada will be made available to those who pre-oder Street Fighter X Tekken. I kinda want those more than the game characters!