In case you’ve never visited sister site Tomopop.com, here’s a brief rundown of the concept of a Munny: they’re small (usually about 3″) toys made out of vinyl, vaguely shaped like a monkey, and created by a company called Kid Robot. KR often commissions famous artists to create designs for their Munny line, but regular Joes can buy blank ones and make their own customs.

If you check out servotron’s Flickr account, you’ll find some high-resolution shots of his custom, entitled “Shadow of the Munny,” and you’ll notice the emblem on the top of his head, the minute patches of grass on his back, the detailed club, and, best of all, a tiny Wander staring him down. I don’t know how servotron achieved the stony look of the colossus, but I do know that, hands down, it’s one of the best videogame-inspired customs I’ve ever seen.

For more details about the process, be sure to check out his SpriteStitch page.

Hit the jump for more of my favorite games-related custom Munnys, with the occasional Dunny (a spin-off of the original design) thrown in for good measure. 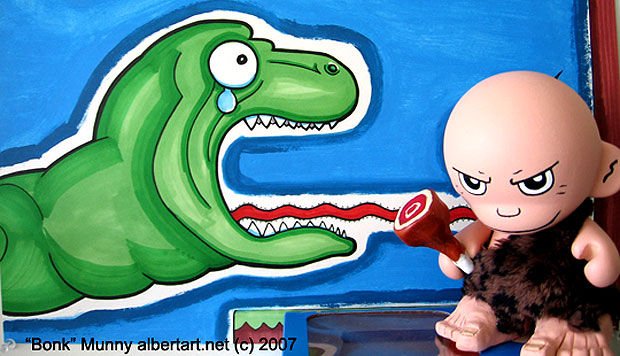 This custom probably takes the prize for most obscure game on my relatively short list: it’s the eponymous Bonk from the Turbografx-16 game called Bonk’s Adventure.

I’ve never actually played Bonk’s Adventure, but his “uncomplicated” character design translates pretty well into a Munny—I really like the simple, clean lines (what a mischievous grin!) , not to mention the thigh bone accessory. Munnys don’t have feet, so creator Albert Art had to make Bonk’s out of sculpey (polymer clay). The spotted fur he’s wearing came from a flea market—you can read more about the customization process here.

Albert Art’s also made custom Megaman and Bomberman Munnys, but I have to admit that Bonk is my favorite of his. 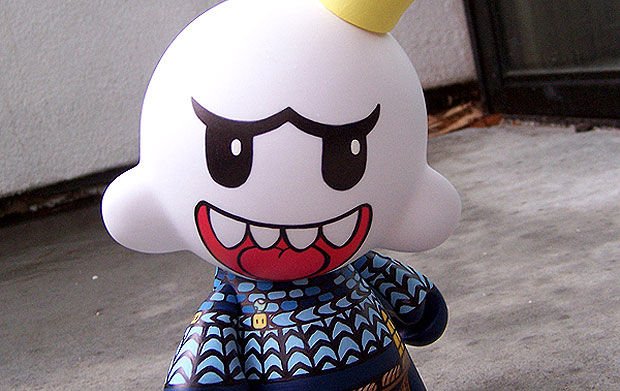 Check out this King Boo custom Munny, created by Miss Shelby. There are several reasons to love this Munny, and King Boo being totally fucking badass isn’t the least of them. Miss Shelby recreated Boo’s look perfectly (by turning the Munny’s head around backwards), and his “body” is a Ghost House–inspired scene from Super Mario World.

Munny customization might be too young and new to have a “box,” but if it does, Miss Shelby certainly stepped out of it: using the Munny as a canvas, and not just a figure, is really interesting. Oh, and you can’t see it in this picture, but Miss Shelby also fashioned King Boo a proper crown, that he may rule in style.

Check out more of Miss Shelby’s work here. If you like what you see, she’s also taking commissions. 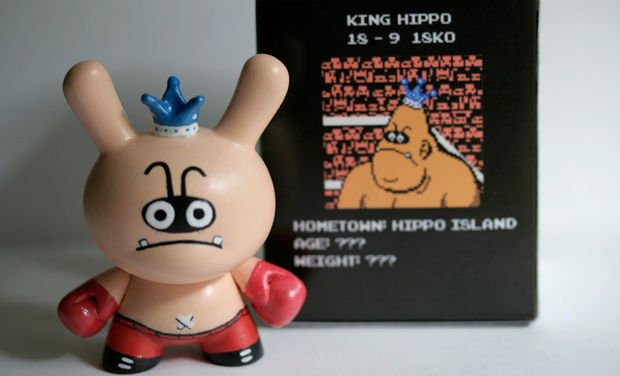 Another Nintendo-based custom, this time from artist Ron Lu: Punch-Out!‘s King Hippo. Notice any recurring traits? I seem to have a thing for clean lines and crowns.

I think what I like most about Lu’s King Hippo is the look on his face: he looks kind of surprised, kind of anxious, and, on the whole, much cuter than the original. The blue crown and the bandage over the belly button are nice touches as well.

If you check out Lu’s Flickr photstream, you’ll notice that he also created a very nice box to go along with his custom, featuring the menus and screens from the original Punch-Out! Hell, one of the best parts about collectible vinyl is the often-badass packaging it comes in (I still have all mine, and it’s starting to take up quite a bit of space), and Lu really nailed it.

Lu has done a lot of customizations, and judging by his official site, he seems to have a knack for it. You can check out more here, as well. 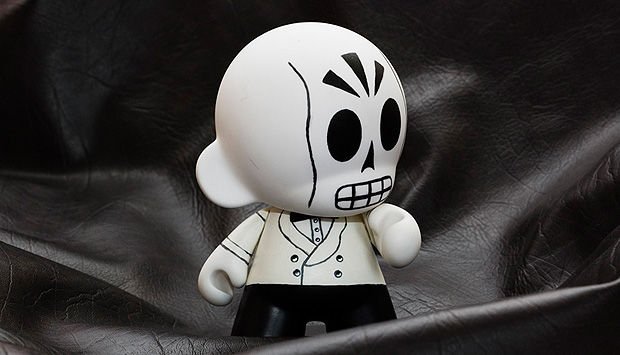 Even if you’re unfamiliar with Tim Schafer’s adenture game masterpiece Grim Fandango, you can’t deny that Manny Calavera is a suave, classy dude. Created for Flickr user Kitt Walker by his/her girlfriend for his/her birthday, this Manny Munny is a classic—white blazers never looked so good.

There’s not much else to say, given that Walker’s Flickr is woefully devoid of information. Be content to sit and stare and wish that, one day, someone talented loves you enough to make you a custom Manny Calavera Munny. Until then, I guess you could invest in some black pleather—it apparently works wonders when photographing awesome vinyl. 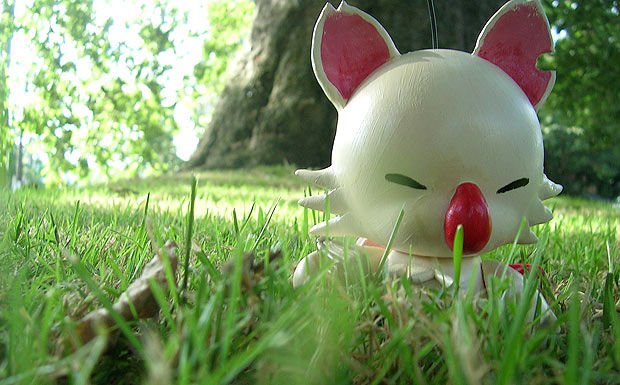 Blogger, podcaster, friend of Destructoid, and all around cool guy Chris Furniss contributes this custom Mog, from Final Fantasy VI. Chris says it took all of one Sunday morning to sculpt, sand, and paint this Mog, using Sculpey and acrylics. It looks to me like Mog’s ears are made out of Sculpey and that the original Munny ears were carved up to make Mog’s whiskers—hard to believe that this figure used to look like this.

You can’t tell in the picture above, but Furniss’ custom Mog features the Moogle’s distinctive red puff, a set of wings, and a tiny book accessory. You can get a better look at him in this Flickr photostream.

This isn’t Furniss’ only foray into custom vinyls: he also created a custom Big Daddy, from BioShock, which is altogether less cuddly and more terrifying. 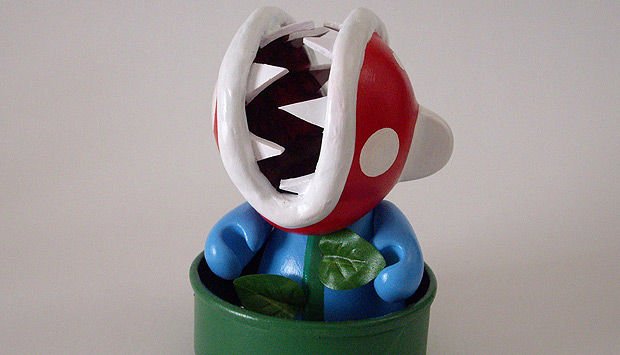 Kody Koala is no stranger to Destructoid’s homepage: we’ve featured his custom figures twice before, but never his Munnys. Kody’s made a very nice Yoshi’s Island–inspired Munny, but his Piranha Plant is my favorite of his; if only because I think the idea of a little guy with a Venus flytrap for a face is funny.

Again, you really have to admire the crafstmanship and attention to detail that make customs like this so impressive. Kody could’ve just painted the mouth and teeth, but, from the looks of it, he took the time to actually carve them out. I’d love to see him go to town on a Jack-o’-lantern. The leaves growing up the vine are a nice touch, as well.

To check out more of Kody’s custom figures, be sure to check out his website as well as his Destructoid Community Blog.

This list is by no means exhaustive: it’s just a few custom Munnys and Dunnys that I happen to like either because I found the craftsmanship to be exceptional or creative or because the game that inspired them is near and dear to my heart. For even more custom vinyl be sure to check out: Nikejerk’s Koopa Labbit; Reactor-88’s Dr. Mario; XuchilVith’s Silent Hill priest; and a custom Kefka (from Final Fantasy VI), courtesy of Destructoid’s own Rio McCarthy.