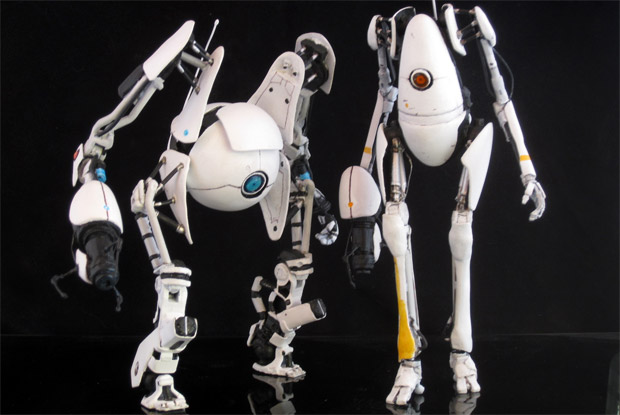 Co-op puzzle solvers Atlas and P-body from Portal 2 are so lovable. Even in toy form, as shown here, you can’t help but want to give them a high-five. (The bleeding is only temporary.)

This custom-made pair comes to us from sculptor Chris Hooton (via Super Punch). He briefly mentions that these figures were built from scratch, took a solid two weeks to complete, and were some of the toughest he’s ever worked on. The payoff was well worth it, I’d say.

Valve, if you could produce an official line, that would be terrific.