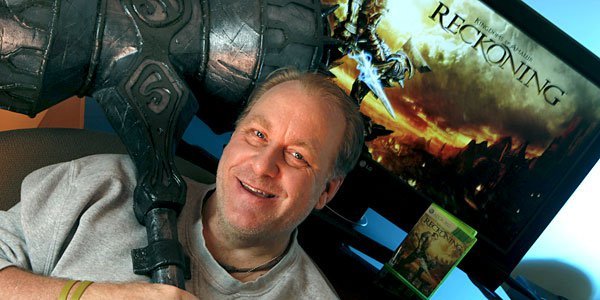 ‘Still no one’s done what we were doing”

There’s no denying that Kingdoms of Amalur: Reckoning, was a solid action-RPG. It didn’t break the mold by any means, but it was bright, colorful, and served up a satisfying blend of action and loot hoarding. And while I enjoyed my time hacking and slashing to my heart’s content I never once thought the game was leading the charge for the next billion dollar franchise.

Well, in a recent tweet from former head of 38 Studios Curt Schilling, it’s clear the thought still crosses his mind — even in the wake and pending auction of his former studio.

“If someone were to buy Amalur, put team back on it, it’s a billion dollar franchise, 2 years later and still no ones done what we were doing”

I love Schilling’s continued passion, but tweets like this makes me wonder if he played much of his game. Sure it was fun, but it practically did what everything else in the genre had done before — which didn’t bode too well for the franchise’s upcoming MMO. Then again, the game never saw the light of day, so maybe I should be as optimistic.

If someone were to buy Amalur, put team back on it, it’s a billion dollar franchise, 2 years later and still no ones done what we were doing

Kingdoms of Amalur IP buyer will have a “billion dollar” franchise on its hands, says Schilling [VG24/7]