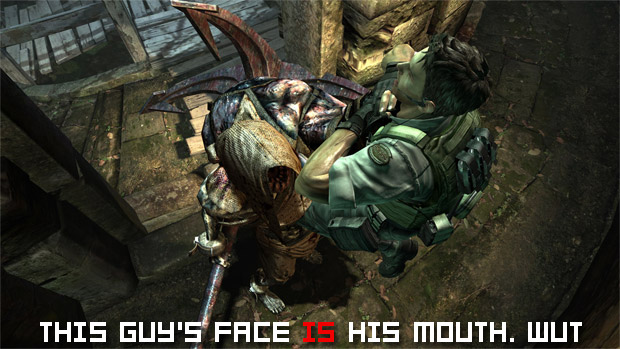 In recent years, Capcom has made some great progress in terms of becoming invested in PC gaming. The developer’s last couple of major releases have seen solid ports, and in many cases, their exclusive goodies make these the versions you’d want to get above all else.

I’m not saying the company is perfect — simultaneous PC and console releases, please? — but it’s certainly a major step up from the days of Resident Evil 4 on PC. Gross. That’s why the recent news of Resident Evil 5 DLC for consoles felt off.

Not once did Capcom reference the PC version of RE5 in its announcement. Speaking to G4, a Capcom rep briefly stated there are “no plans for PC at this point,” in reference to the Gold Edition content.

Perhaps they’re waiting to see how the add-ons perform on consoles first, or they just don’t have the resources to target all platforms at once. Or could it be a factor of sales not meeting expectations? I’m sure we’ll know the reason before too long.