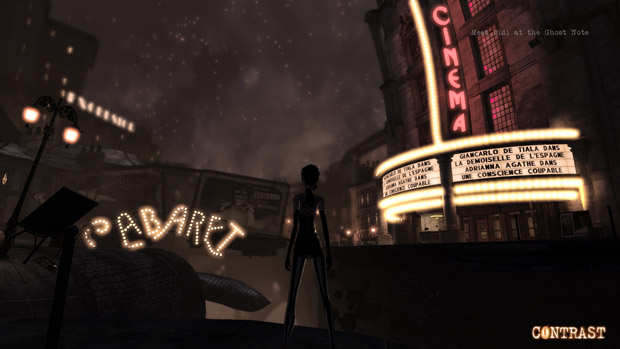 Set in the 1920s, Contrast comes across as a combination of film noir and vaudeville. Check out this teaser trailer to see what I mean. Gameplay is described as “leveraging light sources and manipulating real-world objects to affect the shadows placement, depth, height and overall weighting to solve mind-bending puzzles.”

While the shadow concept has been explored before, and I’m worried that the platforming itself might be somewhat loose, there’s enough going on here that this looks worth keeping an eye on.