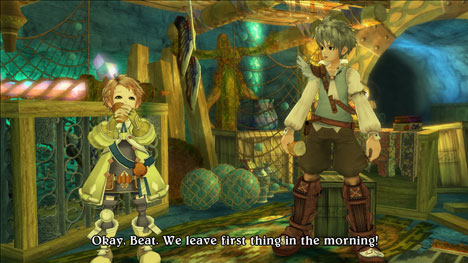 Known as Trusty Bell in Japan (where it will be released this June), the game is being developed by tri-Crescendo, the same team that brought you the GameCube Baten Kaitos titles. What’s interesting about the game (besides the fact that it looks ridiculously cool), is that it features a musical based battle system. What the hell does that mean? You’ve got me, but I like music and I like battles, so we’re all set.

Oh yeah, did I mention that the game’s story features pianist/composer Frédéric Chopin as the main character? Chopin, who died at the age of 39, suffered from the pulmonary tuberculosis, a fatal disease that infects the lungs. Eternal Sonata takes place in a magical land in which those who have incurable diseases also have magical powers.

Uh, yeah. You guys can run with that one.