Mugman in single-player and new art

If you’re digging into Cuphead now that it’s newly available on Nintendo Switch, I hope you’re loving the run-and-gun game as much as many of us did back in 2017. I’m long overdue a replay. Even though I haven’t double-dipped on Switch, the timing still works out great for me. Studio MDHR just updated the Xbox One and PC versions of Cuphead with a few extra features, refinements, and fixes.

Namely, it’s now possible to bypass Cuphead right from the get-go and play as his brother Mugman in single-player. The team has also added new animation and art, including animated story cutscenes across the board. My personal favorite: mummies now explode in a burst of confetti upon defeat. 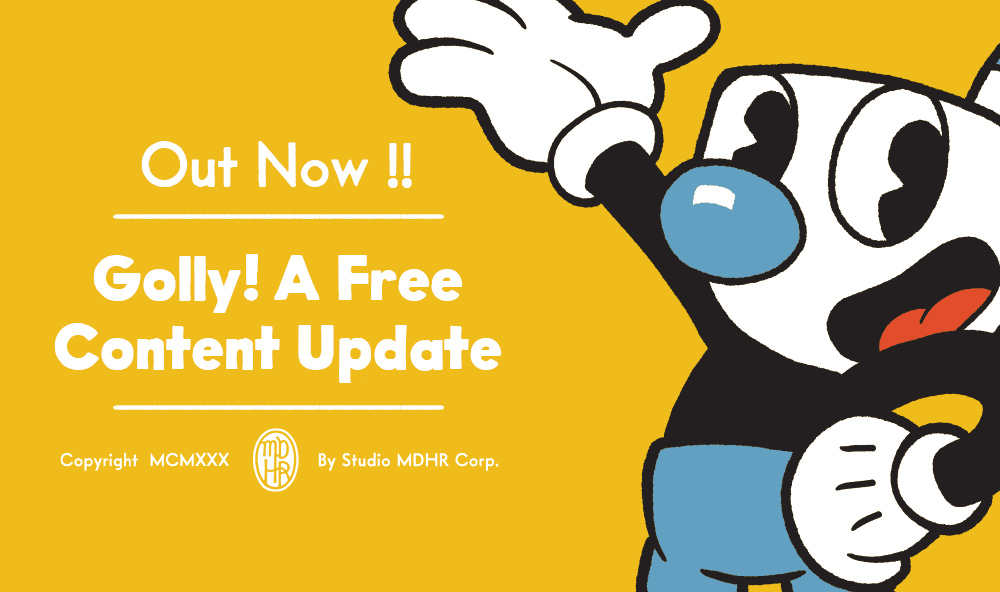 Cuphead supports more languages, too. Localization isn’t the most eye-catching inclusion in an update, but this kind of support can have a tremendous impact when it comes to growing the audience. As it stands, Cuphead offers localized text in French, Italian, German, European Spanish, Latin Spanish, Brazilian Portuguese, Polish, Russian, Japanese, Korean, and Simplified Chinese.

“We know how long folks have been waiting for this, so we took special care in the quality of each translation, and curated fonts that felt just right for each audience,” said the studio. “In fact, we even partnered with expert calligraphers to bring the Boss & Level title lettering to life in Korean, Chinese, and Japanese – drawing inspiration from the early cartoon works of each country!”

That extra touch strikes me as so on-brand for Studio MDHR. Give ’em time and they’ll deliver.

There is one final important detail for PC users, and it pertains to DirectX 9. This latest game update necessitated a more recent version of Unity that doesn’t support DX9. As such, if you aren’t running DX11, you’ll need to access Cuphead‘s “legacy- 1.1.5 DX9” version from the Betas tab in the Properties menu within Steam. It’s worth stressing that this legacy version doesn’t include the aforementioned features and it won’t be compatible with the upcoming Delicious Last Course expansion.

For any new players reading this, some parting advice: embrace the Charge shot.