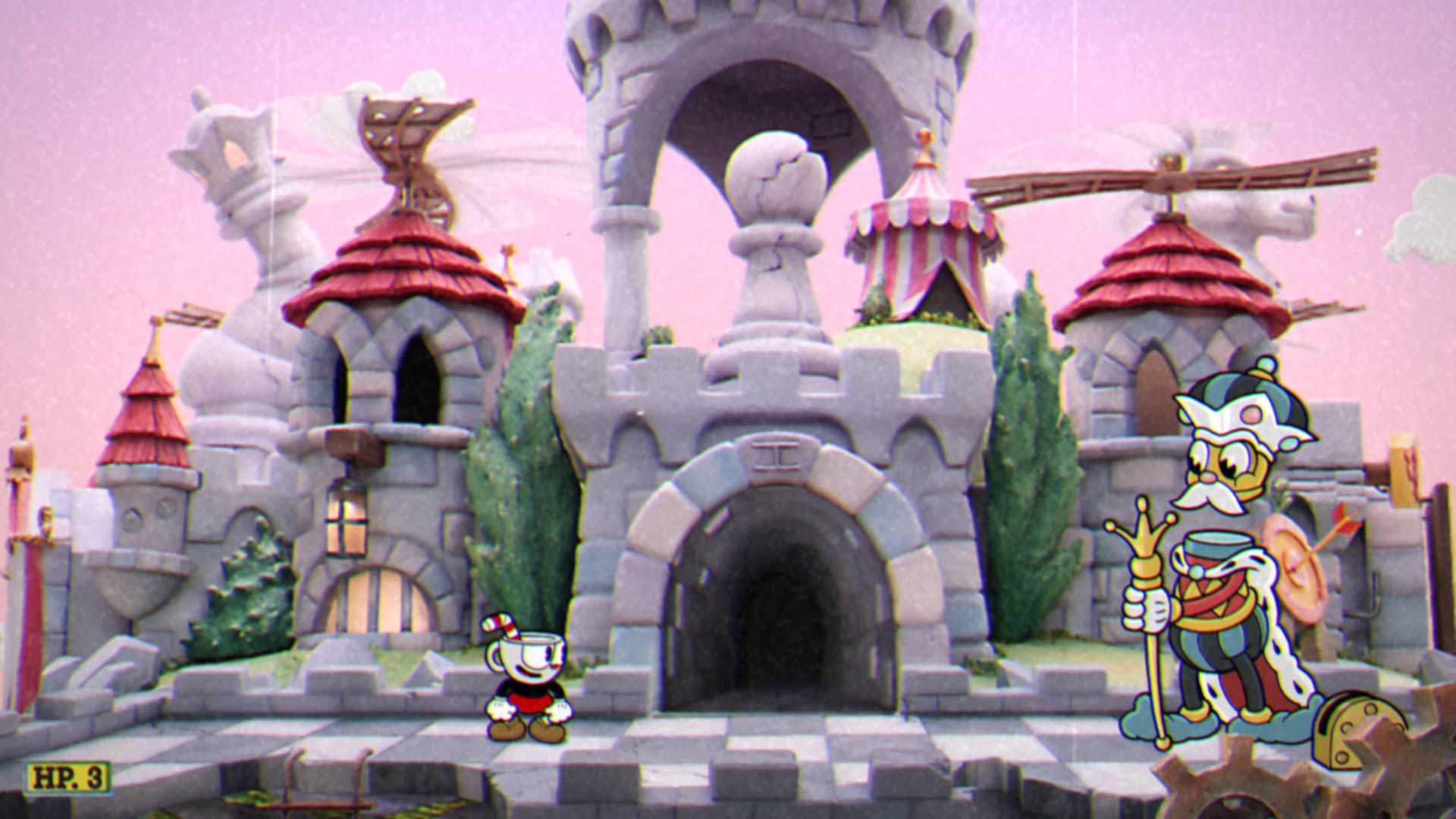 Making the most of Ms. Chalice

There are significantly harder challenges to topple in Cuphead: The Delicious Last Course than the Pawns, but for such a seemingly simple fight, I sure struggled with these leaping maniacs. Just… parry their heads ’til they fall off. How hard could it be? Well, it’s a frantic scene, doubly so in co-op when you’re trying to stay on the same page amid the chaos.

As it turns out, there’s a faster (and potentially easier) way to beat the Pawns in Cuphead, and it would’ve been nice to know before I took on the all-in-one-go King’s Gauntlet.

The strat: Playing as Ms. Chalice, it’s possible to double-jump, bounce off a falling pawn’s head with her forward-dashing parry, then gain enough height to reach the top of the screen and continue the parry combo until it’s checkmate, better luck next time.

Beat the rooks without touching the ground from Cuphead

Here’s a demonstration from Reddit user ERROR1010101010 (ignore the mislabel; they were “tired”), as well as a similar 10-second clear from Sarojam on YouTube. Again, you’ll want to be Ms. Chalice — she’s got an aerial advantage over Cuphead and Mugman.

I tested out the method, and sure enough, it’s pretty slick. It took a handful of attempts to pull off — I struggled to keep track of Ms. Chalice up top — but it can work, and when it does, it’s a super-fast clear. With practice and good positioning, it’s repeatable.

It’s been fun to talk about facing Cuphead: The Delicious Last Course, yet I feel like the King’s Leap bosses haven’t been discussed as much. Did y’all steamroll them? The chaotic Pawns and the just-get-on-with-it-already Knight were the hardest of the pack for me.

By the way, did you rebind the controls? I could never finish Cuphead with the (pretty baffling) default dash/dodge input. I need that to be R1 or else.