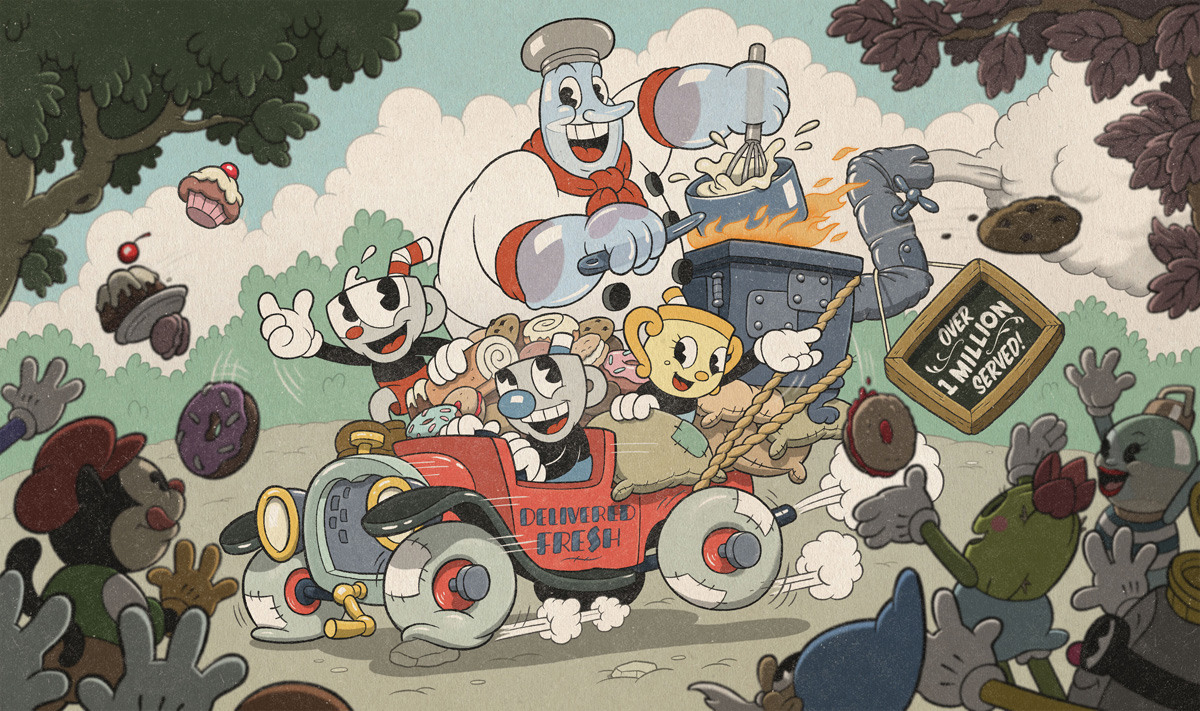 You might’ve already dipped in, but if not — or if you’re fine doubling up — then it’s good to know that a physical edition of Cuphead is on the way from iam8bit and Studio MDHR.

As shared on Twitter, the Cuphead physical edition is “coming soon” to Nintendo Switch, PS4, and Xbox One. The DLC, The Delicious Last Course, will be included on the disc, which isn’t always the case but would’ve been egregious in this situation — it’s so crucial.

As for regional releases, “Cuphead will come to retail with ESRB, PEGI, USK, and ACB versions,” according to iam8bit.

The distributor is taking “keep me in the loop” email sign-ups today — but no word on release timing yet. With how widespread the Cuphead brand has become, I’m sure there will be plenty of opportunities to snag a physical copy at a reasonable price.

An eventual spiffy collector’s edition would be great to see as well — there’s so much art to consider — but an all-inclusive standard physical release is a good step.

It’s truly one of my favorite games of the last decade, and for many of us, even folks who have moved mostly to digital, it’s worth adding to the physical collection.