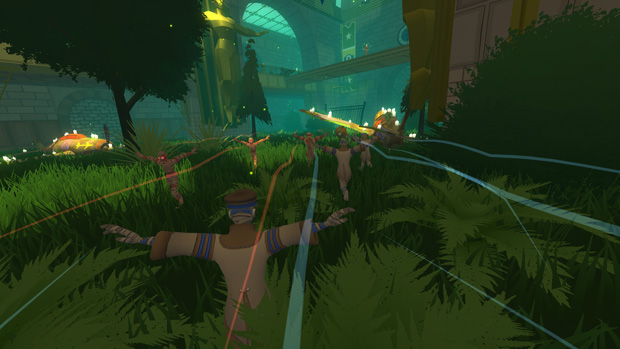 ‘A game about people who pretend to be airplanes’

A third-person shooter in which combatants are humans pretending to be airplanes — this is Cult of the Wind. Despite the usual fears that something like this will lose its audience not long after launching, I’m so charmed by the original premise that I’d be willing to go along for the ride.

Sharing a few more gameplay details beyond what was explicitly shown in the trailer, developer North of Earth says that damage in the game is speed-based, players earn bonuses for “flying” in squadrons, and movement has an almost vehicular feel to it.

One concern I had was that of damage feedback, or lack thereof, but: “Hitting other players is obvious in-game and involves sound effects, animations, and number popups.” Turns out these elements were disabled for the purposes of recording footage to be used in the video. Carry on.

Take a few seconds to upvote the game on Steam Greenlight if you’d like to see it release there.