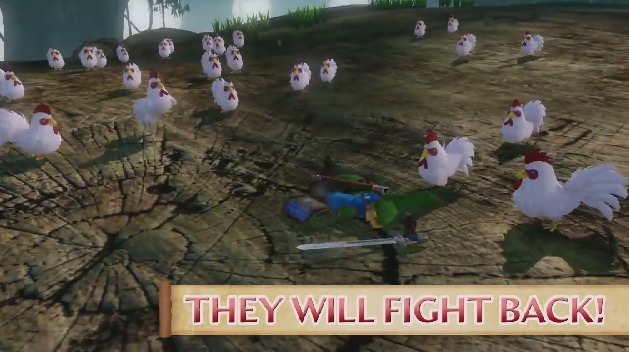 If you aren’t familiar with the Zelda series, Cuccos are adorable little chickens who never attack the player character for any reason.

Ok that’s a lie, if you mess with a Cucco, you’ll likely wind up dead, as they summon their entire extended family to peck you to death. That idea returns in Hyrule Warriors, where you can mess with these majestic creatures yet again.

You can also fight Gold Cuccos that eat people and grow in strength, which is amazing.