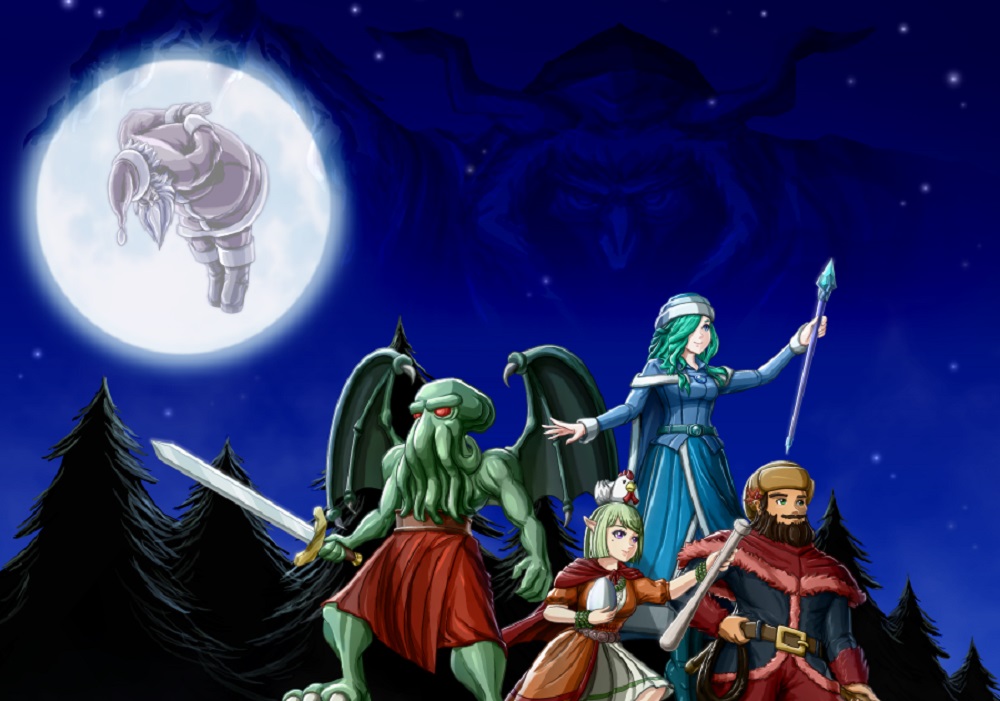 Fans of tongue-in-cheek RPG Cthulhu Saves The World have reasons to be cheerful this week, as it appears ol’ tentacle face will be returning in a new adventure, Cthulhu Saves Christmas. This new game was announced by indie outfit Zeboyd Games, responsible for the original 2010 release as well as sci-fi adventure Cosmic Star Heroine.

According to the team’s official website, it seems that The League of Christmas Evil has kidnapped Santa Claus, ruining the festive period for everyone. Fortunately, Cthulhu is on the case, accompanied by his pals the Snow Maiden, Belsnickel and Baba Yaga-chan, fighting their way through enemies such as Krampus and Mari Lwyd en route to saving December 25 for all the boys and girls.

Zeboyd Games tell us we can expect more information and a trailer soon. Cthulhu Saves Christmas is currently in development for PC.