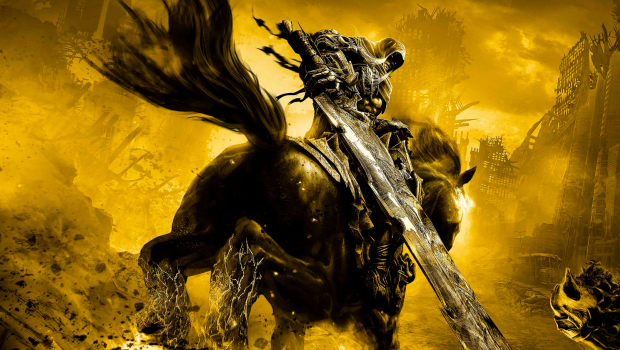 ‘The IP belongs in the hands of its creators’

Word on the street is, while Crytek has no current interest in Darksiders 3, Crytek USA wants the brand anyway. Considering the new company boasts ex-Vigil staff, and is indeed headed by the studio’s former boss, it’s hardly surprising the team wants its baby back.

“Going to bid on Darksiders IP,” Tweeted boss-man David Adams. “Put 7 years of heart and soul into that franchise, and I think it belongs at home with its creators.”

I further confirmed Crytek’s intention with Vigil co-founder Ryan Stefanelli, who told me the company intends to make a play for Darksiders at the next opportunity.

“When the Darksiders IP goes up for auction, Crytek will be bidding for it,” he said. “Not much more to say since the rest is left up to courts and legal shenanigans, but we’re all excited at the prospect.”

My respect for the Darksiders series is no secret, and I found its demise in THQ’s rubble to be one of the real lasting shames of the whole affair. I hope Crytek USA can get its hands on the license, and the people who clearly put their love into the Darksiders name get to at least regain control of it, even if they never get to make another game. This series deserved way, way better.