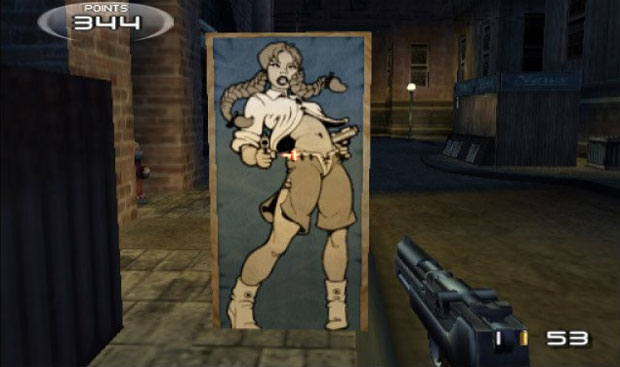 I’m sure I wasn’t alone in hoping that the cats at Crytek UK (you may know them as Free Radical) would be actively working on another TimeSplitters game by now. The series’ unique sense of style on something as powerful as the CryEngine would be heavenly.

Sad news on that front, I’m afraid. Studio manager Karl Hilton divulged to Develop how the studio is “currently concepting up an original IP.” This matches statements he has made previously, like how successful first-person shooters are “hyper-realistic” now and while they could do a quirkier game, that’s not where the market is at. Crap.

He goes on to say that “the opportunity to make any kind of original FPS genre game where we get to focus on the quality of both the multiplayer and single player experience is what drives people at the studio.” Problem is, I was too busy picturing TimeSplitters 4 to pay any attention.

Excuse me while I go cry this one out.