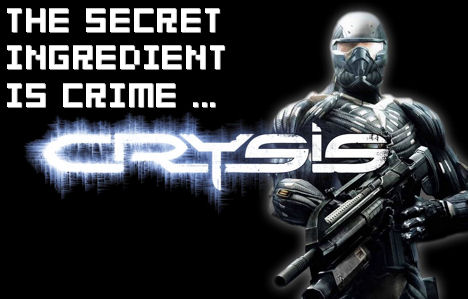 The “I wouldn’t have bought it anyway” defense is one of the Ten Golden Rules of videogame piracy (I rule at plugging) but it’s a rule that Crysis developer Crytek doesn’t find entirely valid. The studio argues that while not everybody who pirated Crysis would have potentially paid for it, sales were still lost.

“Well, clearly not all would have,” conceded Crytek’s engine business manager Harald Seeley. “But judging by, for example, the number of users who downloaded our patches, there were a lot more active players than there were unit sales. And I think we can safely say if they were still playing the game by the time our latest patch released, and if they were playing on a pirated copy, then they were a sale that didn’t happen but probably would have had it not been possible to obtain the game illegally.”

Crysis is Crytek’s most pirated game of all time, and CEO Cevat Yerli has had more than his fair share of words on the subject, even stating that the company would no longer produce PC exclusive content thanks to pirates.

Of course, everyone knows that the “I wouldn’t have bought it” argument is bollocks, just like most of the self-justifying horsesh*t that comes out of the mouths of those that pirate. If you want to steal stuff, fill your boots, I don’t care. It’s the pathetic excuse making that I can’t stand.