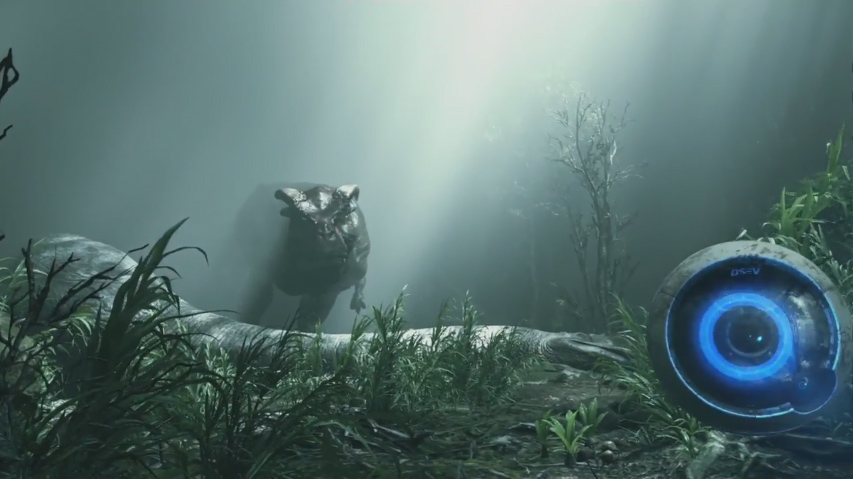 There was but a whisper of Robinson: The Journey back in June, and now developer Crytek has shown off a bit more of it during the virtual reality portion of Sony’s Paris Games Week press conference.

The trailer features not only the boy protagonist we’ve seen before, but a Wheatley-esque floating ball eye thing directing him safely through the dinosaur stampede. Strangely, the duo is moving against it, toward whatever the animals are running from. That doesn’t seem smart.