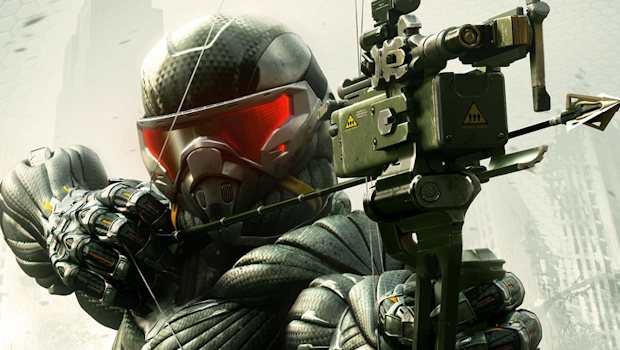 Visuals important to the studio famous for visuals

It should hardly surprise anyone that Crytek places heavy emphasis on graphics, given its games are designed to be visual showcases. CEO Cevat Yerli, however, seems to believe they are the most important thing, valuing them at 60% of the overall game experience.

“People say that graphics don’t matter, but play Crysis and tell me they don’t matter,” he boasted to Xbox 360 Magazine. “It’s always been about graphics driving gameplay.

“In Crysis 3 it’s the grass and the vegetation, the way the physics runs the grass interact and sways them in the wind. You can read when an AI enemy is running towards you just by observing the way the grass blades. Graphics, whether it’s lighting or shadows, puts you in a different emotional context and drives the immersion.”

Immersion is, to Yerli, the number one thing that gets a player invested, and draws them into the world. Since graphics drive immersion, the logic therefore is that graphics are the most crucial element.

It all depends on what kind of game you’re making, I’d say. Sure, immersive, realistic graphics work for some titles, but I dare say nobody felt that Super Meat Boy or Antichamber exactly suffered for their less extravagant approach. In any case, making visuals more important than actual good gameplay seems to be a somewhat superficial idea, especially since I doubt many people who play Crysis really watch grass moving to detect enemies — not when the game has an option to tag and highlight enemies. The game itself is contradicting what Yerli says — which doesn’t help my impression of him as someone easily wowed by pretty pictures.

One would be insincere to claim they don’t appreciate swanky graphics, but I think most of us would prefer good games if we had to choose one or the other. If visuals were all that mattered, the PSOne, PS2, and Wii wouldn’t have dominated their respective generations. Crysis would be the hottest selling FPS instead of Call of Duty with its perpetually reused engine.

I don’t think gamers are as obsessed with graphics as “AAA” developers are, really.