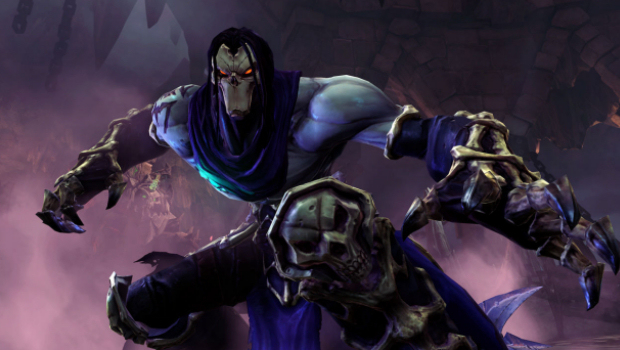 Crytek has explained that, while it has indeed acquired Vigil Games’ staff, it’s not particularly interested in Vigil Games’ … games. Basically, don’t go expecting Darksiders 3, because Crytek’s simply not interested. The team’s working under Crytek USA boss David Adams, and Darksiders isn’t part of the plan.

“We didn’t want to continue with Darksiders 3, since that doesn’t fit with our strategy. It’s not like we set the team on a specific game concept,” CEO Cevat Yerli told GamesBeat. “They’re actually going to work on what David and the team identifies as what they want to do.

“Right now, they just know what the strategy of Crytek is and the framework we need to satisfy, but none of that drives what the game is about.”

It’s a shame Crytek’s not interested. Darksiders 3 running in CryEngine would probably be quite the spectacle, and I dare say the company could do with more than first-person shooters in its stable of properties. Still, I guess there’s always hope, so long as Vigil’s team is alive somewhere. Sigh.