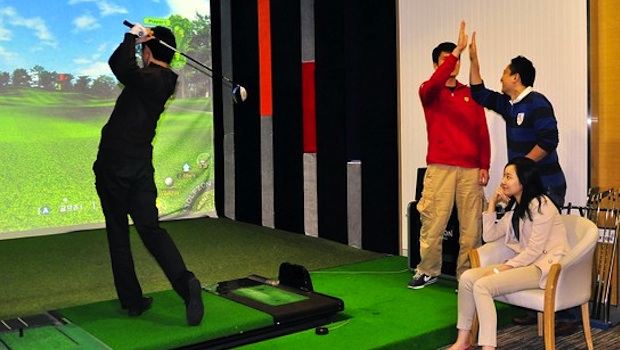 Crytek has been in the business of pushing graphics forward for a number of years now, to the point where the phrase “Can it run Crysis?” became a running in-joke for PC enthusiasts. The CryENGINE 3 does look amazing, so it’s always surprised me why it’s not been licensed out to other developers.

Well I can wonder no more, because Crytek has announced a partnership deal with South Korean company Golfzon to make … an online golf simulator. Crytek’s CryENGINE 2 was already used to make one of the company’s virtual golf sims, Golfzon Real, but it’ll be the newer CryENGINE 3 that’s used for this as-yet unamed online golf title.

So yeah, get your “Will it run Golfzon?” jokes in early, people. If you want to see what Golfzon is like, then you can check out this promotional video which features some brilliantly phrased lines, such as “The unimaginable challenge of IT improves sports.”