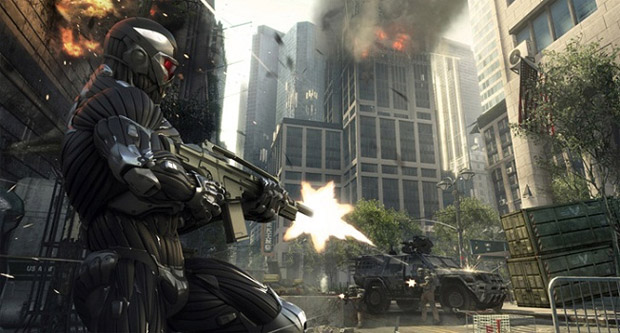 Well, this is interesting. Last year, Crysis 2 was removed from Steam after a dispute between EA and Valve, with EA claiming that Valve removed Crytek’s FPS title due to a disagreement concerning Valve’s terms of service. This dispute might have been put to one side as Crysis 2: Maximum Edition has now appeared on Steam.

This Maximum Edition features the main single-player campaign plus a host of content for the multiplayer component such as two new weapons, nine maps, and extra skins and add-ons. Of course, this release is on Origin too, but EA has confirmed that it will be on sale from “third-party digital retailers.”

Crysis 2 Maximum Edition costs £24.99/$39.99, which seems a bit much for a game that’s a year old and the extras in this Maximum Edition are all multiplayer based. Not to mention we know that Crysis 3 is in the works. Still, if this means that there may be a future for EA titles on Steam, then it’s a positive first step.