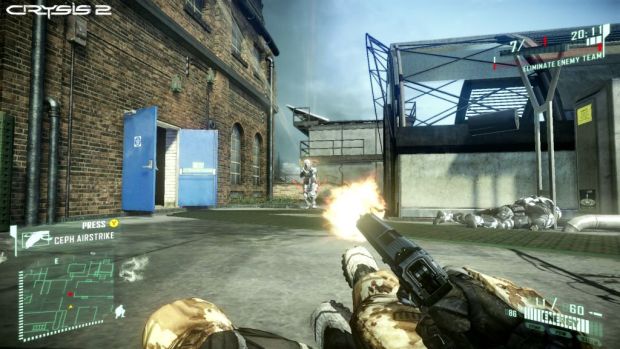 Crysis 2 wasn’t on my radar at all this year. I mean, I know I was going to play it eventually, but it wasn’t a “OMG I HAVE TO IT IMMEDIATELY” kind of a thing. That is until I played some Crysis 2 multiplayer at a recent press event. Now I can’t wait to get the game. Call of Duty: Black Ops just didn’t cut it for me and Crysis 2 is going to become that fast-paced FPS I’ve needed to fill the void for my itchy trigger fingers.

Crysis 2’s multiplayer basically takes all the good things from the multiplayer experiences of Modern Warfare 2 and Bad Company 2, adds in the Nanosuit abilities and throws it all together into the CryTek 3 Engine for a holy matrimony of awesome. 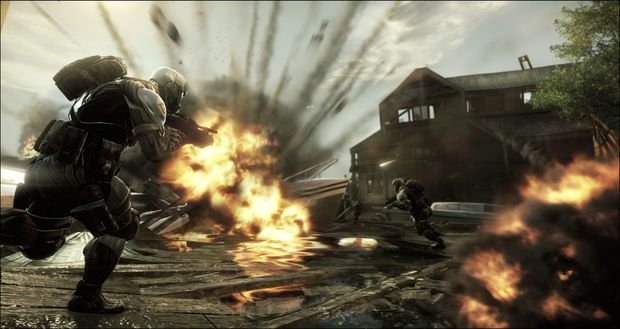 The multiplayer for the original Crysis felt more like an afterthought when I played it long, long ago. It was fun, but I quickly moved on to a better shooter experience shortly after. The same could be said for most shooters, that was until Call of Duty 4: Modern Warfare arrived with its loadout and perk system. Such mechanics may not have originated with that particular game, but you can’t deny that it popularized them to be featured in many FPS thereafter.

And this is why I think Crysis 2 will be one of the most played multiplayer games of this year. CryTek took the elements that made the other FPS games worth playing long after release and it’s all backed by the powerhouse CryTek 3 Engine. Here you have something with longevity, both in the gameplay and in the graphics. 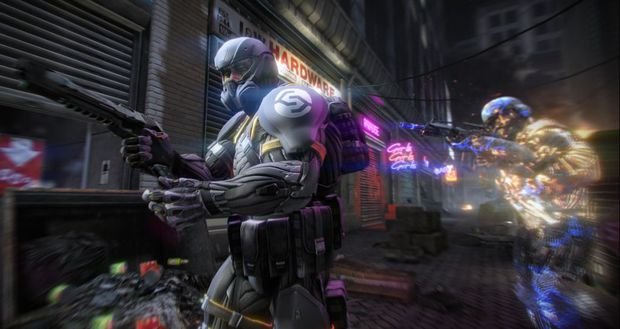 Speaking of graphics, New York shines in high def visuals across the 12 maps that are on offer. Some maps will see you running on rooftops, others at street level and some will be a mix that offers some awesome vertical gameplay. I was impressed with how little wasted space there seemed to be as most of the buildings on the map could be entered.

Even though there’s a lot of areas that can be explored, you’ll be moving through them pretty fast thanks to the Nanosuit. Expect deathmatch, team deathmatch, capture the flag, a regular soldiers versus Nanosuit soldiers mode called Assault and a couple of variations of capture the territories gametypes to be played out on these maps.

Nanosuit controls are mapped to specific buttons now so the interface is a lot less clunky now compared to the first game. You’ll be making use of the power armor with Left Bumper, stealth with Right Bumper and sprinting with a click of the left stick. Some of the special abilities can be combined together too, such as stealth and sprint. Using any of the Nanosuit abilities puts a drain on your suits power meter so you have to strategize when using your powers. 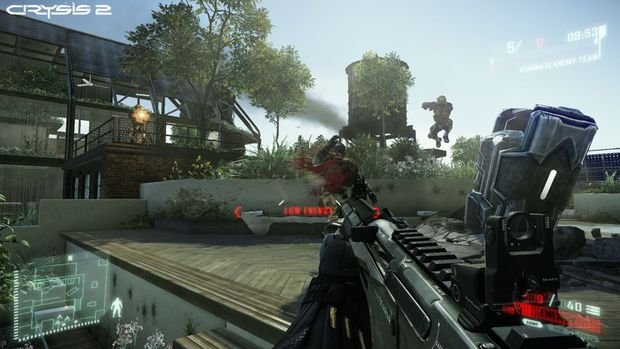 Other abilities include a slide attack and melee or stealth attacks (think Halo: Reach special animated kills from behind). The d-pad is mapped for different visors and support bonuses while double-tapping Y equips your grenades. Additionally, players can perform a high jump and follow-up with a power smash attack that stuns anyone caught in the radius of the attack.

Like Call of Duty, players will have standard and custom loadout options and different classes to choose from before a match such as a sniper, scout and assault. The more you play, the more experience points you’ll gain to improve your tech and gain unlocks for your weapons. Additionally, there are over 20 Nanosuit modules that aid players. One such example is the Tracker Perk, which lets you see invisible players if they’re within a certain distance.

We started out at the bottom of the ranks, so I didn’t get to really explore the various weapons and extras. I didn’t even get to check out the Support Bonuses (a.k.a. perks.) A shame as there looked like some cool things you could summon to give you some extra kills. 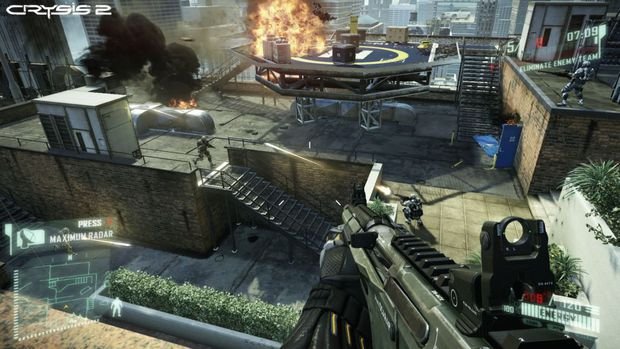 While I did love what I was playing, I am slightly concerned about the controls, for the console side anyway. The controls for the weapons felt looser than I would have preferred for a console FPS. PC gamers will in all likelihood be fine, console players though might take some getting used to things.

Since I didn’t get to play with the good tech and upgrades, I can’t say for sure if this will be an issue when I get items that would potentially make wielding the guns better. At the very least, I did talk to Nathan Camarillo, Executive Producer for Crysis 2, and he did reassure me they will be changing and balancing the game as needed after release.

My only other issue with the game is that multiplayer is just for 12 players. 16 players is always the sweet spot for me, but there was rarely a dull moment with 12 players so it’s not all bad.

I am curious as to how console gamers will receive Crysis 2. PC players will latch on, no doubt. Console gamers probably never even imagined they would ever get a Crysis, so I wonder how they’ll take, especially the millions glued to Black Ops for some inconceivable reason. Maybe the exclusive demo coming out tomorrow will help? What platform are you going to get Crysis 2 for?

Filed under... #Crysis#Crytek#Destructoid on assignment