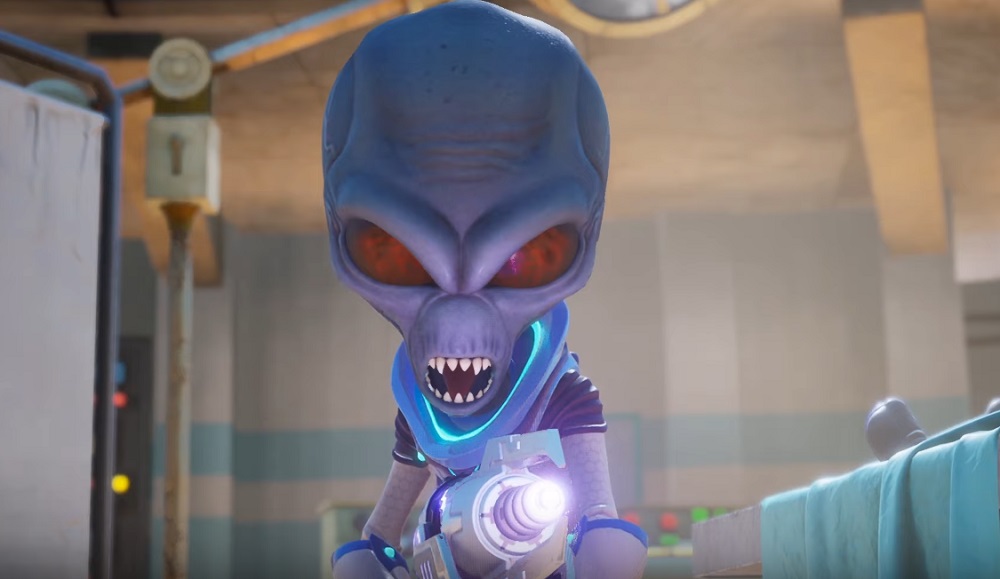 ‘I could’ve been at a barbecue!’

The new trailer, which you can check out below, sees the pint-sized prick arrive at the desert-based installation, using his cloaking abilities to access America’s most-guarded facility, before letting rip with his arsenal of interstellar weaponry. Sadly for Crypto, bad news about his brethren awaits in the catacombs of the building. Originally it was all business, but now… it’s personal.

Destroy All Humans! is a remake of the 2005 PS2 and Xbox title, rebuilt from the ground up by Black Lamp Studios. While all of the original action will be meticulously recreated within a modern engine, Destroy All Humans! will also feature some content trimmed from the original release. There’s no denying that the gameplay looks a little dated, but I still think that this wild trip through Americana will be a fine, fun way to kill a weekend.