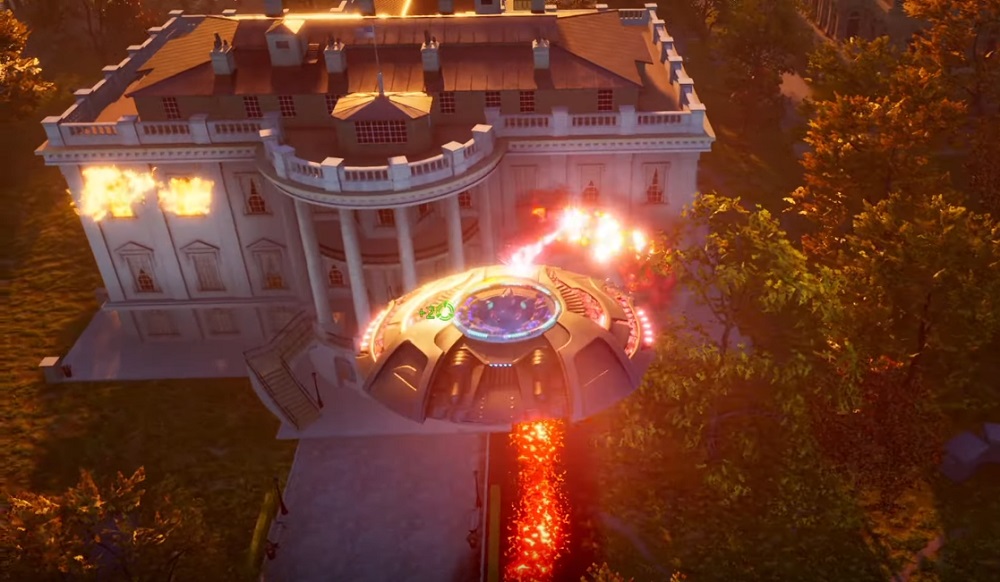 It’s the end of the world as we know it, and I feel fine

The skies are lighting up in Washington this July 4, but this time around it ain’t fireworks. No, it’s that pesky intergalactic invader Cryptosporidium 137, bringing his own state of independence in THQ Nordic’s upcoming remake Destroy All Humans!

In this new trailer, launched just in time for the All-American holiday, Crypto takes his bombastic wrath to Capitol Hill, where he continues to lay waste to Americana on a mission to discover the whereabouts of his missing brethren. The preview sees E.T.’s bastard brother visit both The Washington Monument and The Library of Congress, before finishing off his site-seeing tour at 1600 Pennsylvania Avenue. He ain’t exiting through the gift shop.