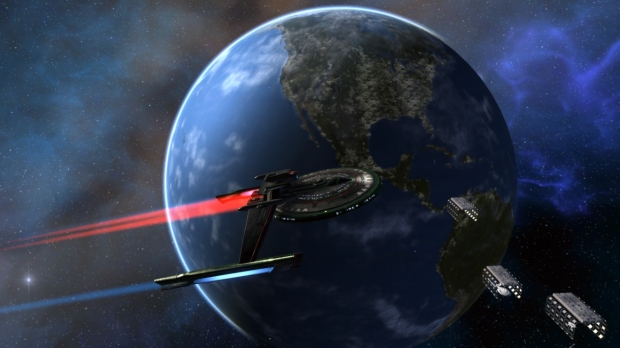 Contrary to popular belief, Star Trek isn’t always about killing and violence and blowing up legions of hostile starships. Entire episodes of the various TV series can pass by without a single vaporization or bloody maiming. And sometimes those episodes are set on the ships the cast flies, rather than in the depths of space or the surface of an alien world.

Unfortunately for Star Trek Online players, those kinds of episodes can’t really happen right now, since they the interiors of their vessels are largely off-limits. Well, they can visit the bridge and see their crew at work, but there’s not really much to do once they get there.

Cryptic intends to change that, once they’re absolutely sure they can get ‘er done right. Studio exec Craig Zinkievich said:

“Anything we can do to make the game feel even more like Star Trek is something we want to do. So, definitely, we want to give people more of their ship…This is one of those things we want to get perfect before introducing it to players, though”

Damn straight. I can’t wait until I get a quest where my holodeck malfunctions, stranding me in a wild west-themed town trying to mediate a dispute over a rigged poker game with several aliens in cowboy outfits.

Incidentally, that ship in the header is my ship, the USS Kircheis, in orbit near Earth space dock. Bonus nerd points if you can name my reference.

Filed under... #DO WANT#Online#Star Trek