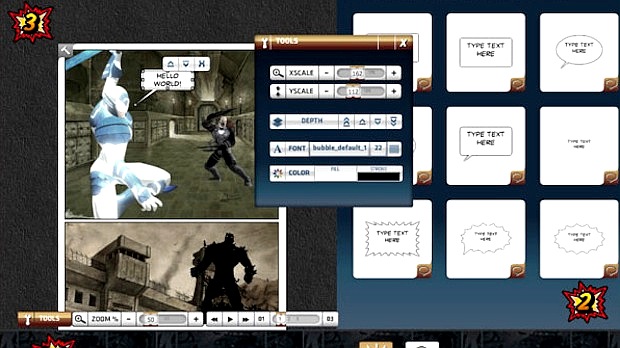 People hooked on their hero’s exploits in Champions Online now have a more creative place and a better medium to chronicle them outside of fan fiction message boards. Browser-based comics have arrived, courtesy of Cryptic Studios.

The tool for creating these comics is called MashON — a flash-based thingamajig available on the Champions Web site. With it, players have the power to upload in-game screenshots and place them into individual panes before adding text boxes and other comic book-related stuff.

Cryptic assures the reader that the process of creating a comic is rather painless, and we won’t argue with that. An unsuccessful numbing at the dentist office the other day taught us the true meaning of suffering.