I’ve always loved space truckers. Working Joes plugging away at what amounts to a mundane job for them in a fantastic sci-fi setting that seems crazy to us terrestrial-bound 21st century cavemen. I also harbor great affection for punishing roguelikes and blisteringly fast arcade shooters. So Cryptark, a Steam Early Access sci-fi roguelike about a crew of hard scrabble space salvagers trying to make a buck picking the bones of some derelict, but hostile alien vessels seems like something that would have the keys to my heart.

It does, with a few reservations. 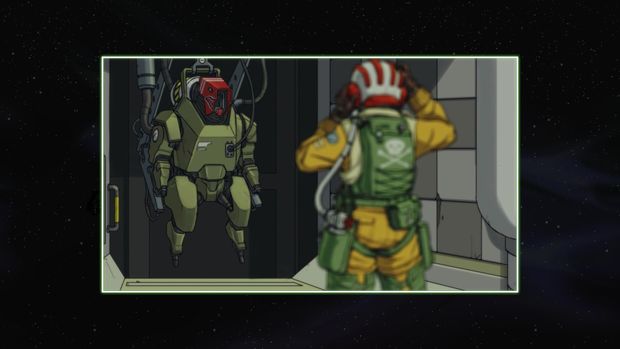 Cryptark is about shooting aliens, smashing Mother Brain-esque bosses, and running a balanced budget. The campaign is broken into five separate salvage missions before your crew is deemed ready to take on the titular Cryptark, a massive alien ship filled stem-to-stern with priceless artifacts and technology. Each mission is commissioned by a typical shadowy sci-fi MegaCorp (think Weylund-Yutani) with a paycheck at the end that fluctuates under different conditions. Fulfill bonus contracts to yield a bigger payout, or be docked money for taking too long. As you might expect, giant evil space corporations don’t pay for a “good effort,” so if you get blown up, not only will you not be paid, you’ll also be out the cost of whatever equipment you brought with you. Dip the company finances into the red and it’s all over.

Mechanically, Cryptark plays very much like the recently released, PS4-exclusive Galak-Z. It’s a 2D roguelike that procedurally generates a new level with a random layout, selection of enemies, and potential power-ups to collect every time out. You find new items in the field and make choices about what you want to spend your limited income on between sorties, with each piece of equipment bearing an appropriate price tag and a smattering of positives and negatives. In fact, the games are so similar in structure you could pretty much sum up Cryptark as “Galak-Z, but you’re in robot mode the entire time, can shoot guns, and it’s a little easier to control.” I imagine the developers of Cryptark are going to come to get sick of the comparison real fast.

Thankfully, the comparison is a flattering one. Galak-Z is a phenomenal game and Cryptark looks like it has the potential to be one too. 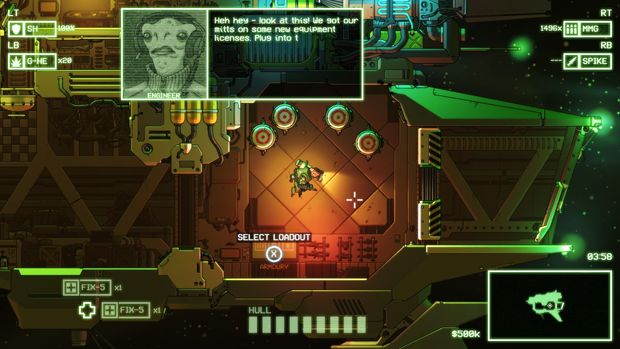 The action is fast and frantic. Enemies move quickly, hit hard, and can easily overwhelm you if you’re not equally aggressive in wiping them out. Each alien ship contains several large security systems or “cores” that function like bosses, usually involving a mild puzzle element (rotating weak-points, reflective shields, the usual classics), or simply push a punishing, bullet-hell level of firepower your way. Success quickly comes to define itself as finding the absolute fastest way to eliminate every threat, because a prolonged fight will NOT go in your favor. Cryptark has a twitch-reaction, nerve-fraying pace you don’t see too often these days, harkening back to your best memories of arcade and classic 16-bit shooters. I really enjoy the way Cryptark plays. Sometimes it’s nice to get back to gaming’s roots and just obliterate some xeno-scum with a fiscally irresponsible amount of firepower.

While I love the frantic pace and dangerous vibe of the combat, the difficulty ramp is unfortunately uneven — and for all the wrong reasons. While Cryptark starts as a pleasingly stiff arcade shooter, it can quickly become a merciless slog.

Remember those bonus contracts I mentioned earlier? They’re basically the game’s version of difficulty modifiers. Every mission has three random bonus objectives that include limiting factors such as starting the mission with only three hits worth of HP, or sticking to an anemic budget, or requests to take out specific sub-systems (or more frustratingly, keeping key threats like enemy repair stations or drone factories alive). Each objective rewards a nice lump sum, while completing all three yields an even larger bonus. 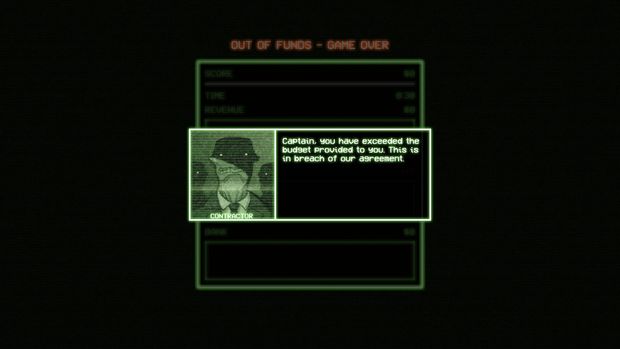 On their own, these bonus contracts seem like a great idea. They’re a way to organically encourage players to take on greater risk and reward them when they make the cut. Where they break down is that they are basically a necessity to stay in the game. The standard mission reward on most sorties is so low that taking a moderately equipped ship out will make you lose money, even on a win. As the enemies get tougher, the derelicts larger, and the cores soak more firepower, you’ll need a cushion of funds to be able to afford the high-end gear you’ve earned along the way. But the only way to afford that gear is to slug through several missions where you go out practically naked, take on suicidal odds, and go out of your way to make things intentionally hard on yourself. Because the three bonus objectives are random, it’s completely possible to run into a trio that makes a mission almost impossible — not in a fun “roguelikes are hard!” kind of way, but a “this is bullshit, fuck space and everything in it” kind of way.

It’s frustrating because once you slip up, failure starts to snowball on you. That crummy logic where you think “Oh shit, I blew that one, so I’ll have to take on an even harder mission with even more ridiculous bonus contracts to make up for it” and of course you fail that one too and now you’re left with 30 space bucks tucked in your sock to fund your last mission. Most tragically, it all just distracts from the exhilarating core gameplay. While I get the idea of putting the screws to the player and making them sweat occasionally, I do want to actually USE all of those cool heavy-machine guns, cloaking devices, and remote-controlled nukes eventually. Penny-pinching every single fight gets old after awhile. It reminds me of all the times I finished Doom having never fired the BFG because “what if I need it for something harder!?” 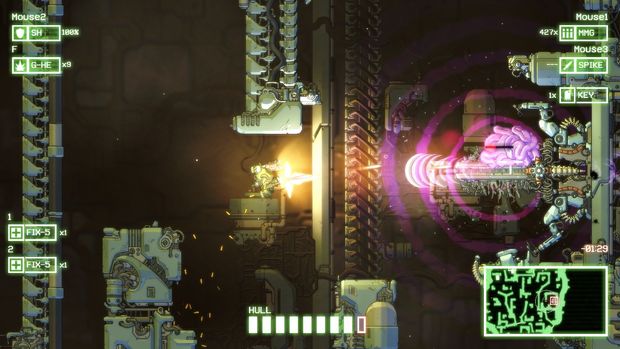 Thankfully, these balance issues are something Alientrap can easily adjust as it goes through the early access process. While the difficulty might be rocky, the bonus structure could use a pass, and some of the weapons could stand a good round of balancing, the core of Cryptark is as solid as they come. A tough, fast, sci-fi action roguelike is something I can appreciate, and I recommend it to anyone else who pines for the days of arcade shooters and screens full of bullets and explosions. I’ll definitely come back to Cryptark when it is officially released — and hey, until then I can always play Galak-Z! (Sorry, I couldn’t resist the urge.)