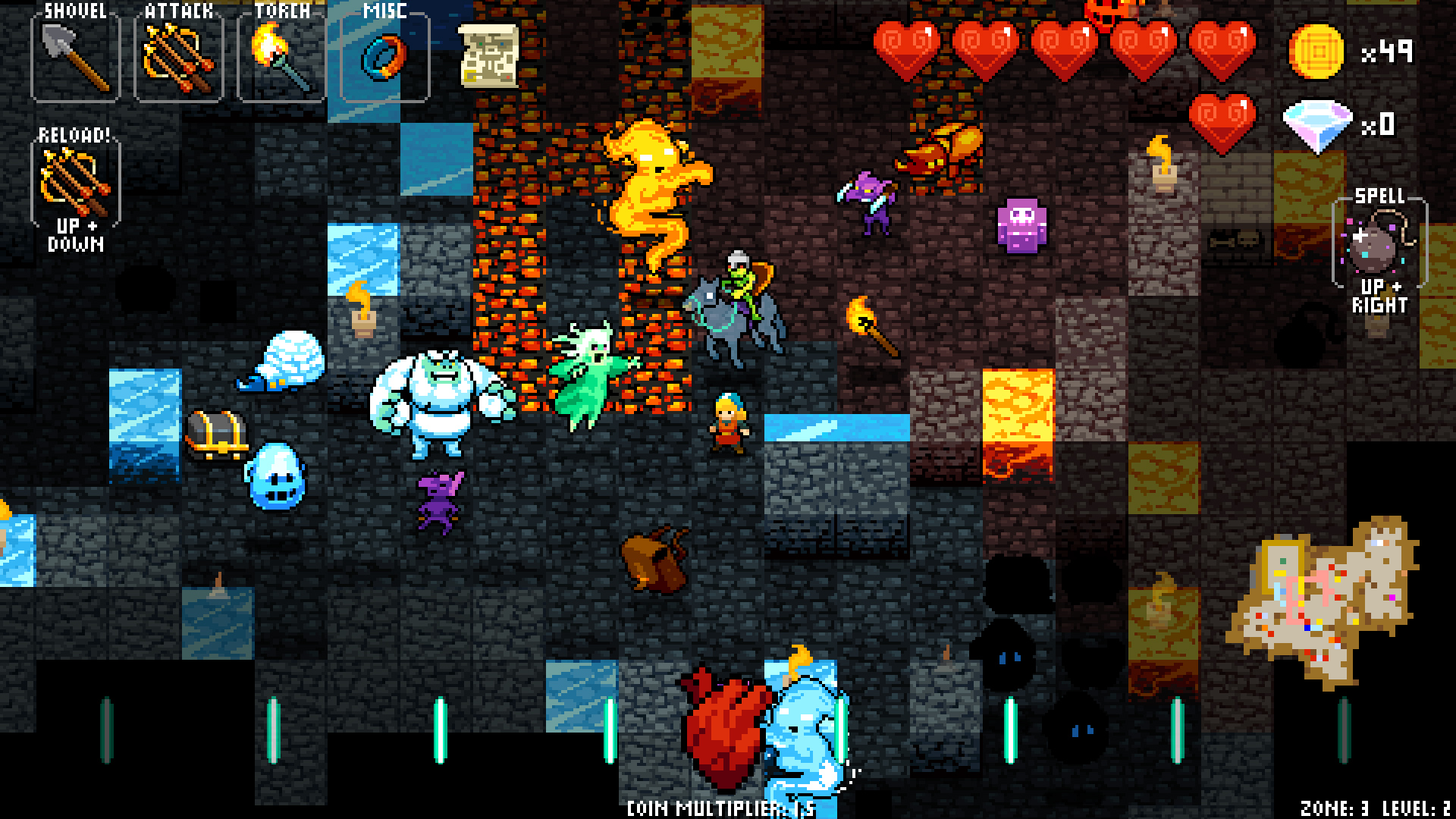 With new tunes from Virt

We’re quite fond of the rhythmic dungeon-crawler Crypt of the NecroDancer around here. I like it. Darren likes it. Patrick gave the PC version a 9.5 out of 10. The more platforms it’s on, the better.

The PlayStation 4 and Vita ports are coming up soon. They’ll be available digitally in North America and Europe on February 2, 2016 with Cross-Buy and dance pad support.

Now, you won’t be able to import your own music or use mods that Mega Man-ify everything, but developer Brace Yourself Games is adding “a new exclusive soundtrack created by Jake ‘Virt’ Kaufman, the composer for Shovel Knight, and one additional surprise.”

Aaaand now I’m realizing I have forgotten most of the enemy patterns.

Filed under... #Crypt of the NecroDancer#PSVita#rhythm games