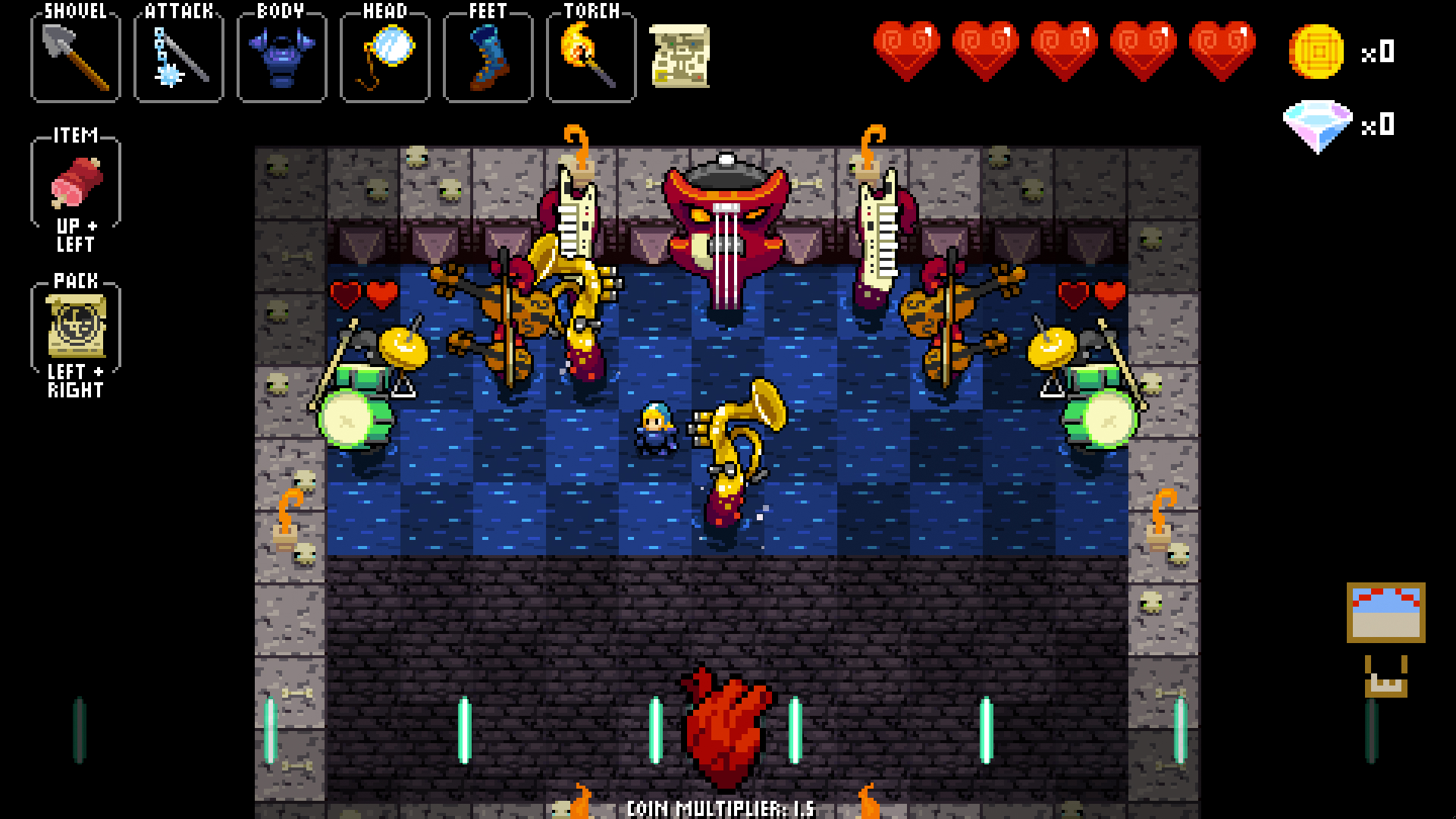 Well this is nice. Previously available only for Linux, Mac, and Windows, Crypt of the NecroDancer is now on its way to PlayStation 4 and PlayStation Vita. Brace Yourself Games’ community manager Heather Wilson made the announcement on the European PlayStation Blog, and there is a nice tidbit of information in there along with the general announcement.

In addition to the kickin’ native soundtrack by Danny Baranowsky (Super Meat Boy), the PlayStation versions of NecroDancer will also include a chiptune remix by Jake “virt” Kaufman (Double Dragon Neon). Though I have this on PC already, that might just be enough to get me to double dip for the PS4 version.

In an email with Destructoid, Wilson confirmed that the PlayStation version will not include custom soundtrack functionality due to licensing issues. A release date has not been set.