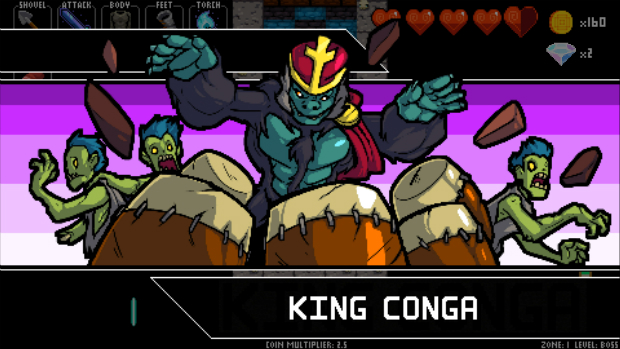 It has been a while since we were first entranced by the “why hadn’t anybody done this yet?” rhythm dungeon crawler Crypt of the NecroDancer, and now it’s finally in the home stretch. After a nine-month bout in Early Access, it will release on Linux, Mac, and Windows in full on April 23. That’s one week from today.

To commemorate its full release, the team at Brace Yourself Games put together the trailer above, showing off how it plays when somebody good at it is in charge. My plays don’t go quite so well, typically. The best part about the video is the shopkeeper’s singing, featured as the correct way to enjoy the procedurally generated dungeon crawler.